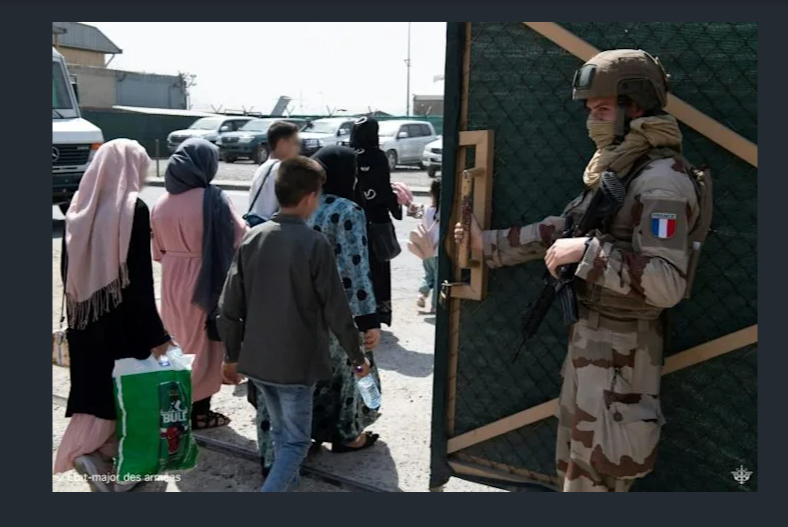 Afghans on Thursday hurried to escape Taliban rule, but Western officials said the group had made assurances that some evacuations would be permitted after next week’s US withdrawal deadline.

Over 80,000 people have been evacuated since August 14, but huge crowds remain outside Kabul airport hoping to flee the threat of reprisals and repression in Taliban-led Afghanistan.

US Secretary of State Antony Blinken said Wednesday the Taliban had made commitments to allow departure of Americans, “at-risk” Afghans and people from other nations even following Tuesday’s cutoff.

“They have a responsibility to hold to that commitment and provide safe passage for anyone who wishes to leave the country,” Blinken told reporters.

He added that at least 4,500 American citizens of the 6,000 who said they wanted to leave Afghanistan have already departed.

Blinken spoke hours after Germany’s envoy to Kabul said a Taliban negotiator had assured him Afghans bearing the right documents could leave after the deadline, which was confirmed Tuesday by US President Joe Biden.

Washington and its allies have been flying out thousands of Afghans every day on hulking military transports, but it has become an increasingly difficult and desperate task.

Many Afghans fear a repeat of the brutal five-year Taliban regime that was toppled in 2001, as well as violent retribution for working with foreign militaries, Western missions and the previous US-backed government.

There are particular concerns for women, who were largely banned from education and employment and could only leave the house with a male chaperone during the group’s 1996-2001 rule.

The Afghan capital’s airport has been gripped by chaos as US-led troops try to maintain a secure perimeter for evacuation flights, surrounded by desperate Afghans.

Some have foreign passports, visas or eligibility to travel, but most do not. At least eight people have died in the chaos.

“Does anyone… ANYONE… have a contact inside the airport,” pleaded one American on a WhatsApp group set up to share information on how people can access the airport.

The Taliban have also been accused of blocking or slowing access for many trying to reach the airport, although they have denied that charge.

Biden said the Taliban were taking steps to assist, but there was also an “acute and growing risk” of an attack by the regional chapter of the Islamic State jihadist group.

Despite the harrowing scenes at Kabul airport, the Taliban have ruled out any extension to next Tuesday’s deadline to pull out foreign troops, describing it as “a red line”.

“They have planes, they have the airport, they should get their citizens and contractors out of here,” said Taliban spokesman Zabihullah Mujahid.

Turkey, which had more than 500 non-combat troops stationed in Afghanistan, said Wednesday it had started pulling out its forces.

The withdrawal signalled an apparent abandonment of the plans it had been negotiating to help secure Kabul’s strategic airport after the American departure.

Belgium said Wednesday it was ending evacuations from Kabul after its military planes withdrew around 1,100 people — including Europeans and Afghans — in recent days.

European nations have warned they will not be able to airlift all at-risk Afghans before August 31.

“Even if (the evacuation) goes on… a few days longer, it will not be enough,” German Foreign Minister Heiko Maas told Bild TV.

A hard withdrawal deadline presents a further complication that may reduce the number of daily evacuations.

But Germany’s envoy to Kabul said a Taliban negotiator had assured him Afghans who have the right documents will still be allowed to leave after the deadline.

That 6,000-plus contingent, as well as hundreds of US officials, 600 Afghan troops and the equipment, will have to be flown out.

To do that by August 31, the Pentagon said operations would have to start winding down days in advance.

Following their lightning victory that stunned the world, the Taliban have so far been content to allow the US-led operation to continue, focusing instead on consolidating control and forming a government.

They have vowed a different, more inclusive regime this time around, offering amnesty to opponents.

An aid worker in Khost, a deeply conservative region in the southeast that fell to the Taliban shortly before they seized Kabul, told AFP the attitude of the former insurgents has so far been “much softer” than people expected.

“But the people are afraid of a bad economic situation,” he added.

Many Afghans, however, remain fearful and sceptical.

The Taliban spokesman on Tuesday urged skilled Afghans to not flee, saying the country needed “expert” Afghans such as doctors and engineers.