Alizeh Shah hits back at trolls over ‘tank top’ look 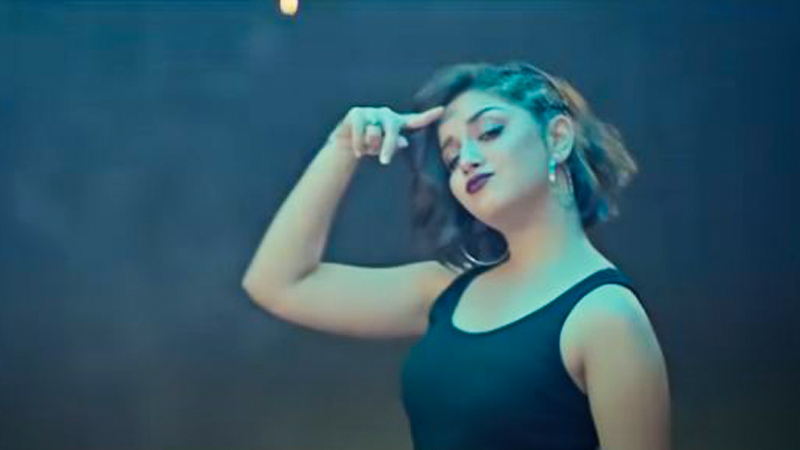 Alizeh Shah hit back at trolls who attempted to shame the actress for her look in a newly released music video.

The Taana Baana actress announced the release of her debut song “Badnaamiyan” alongside Sahir Ali Bagga.

The song was released on Eid and fans were not impressed at all but her voice didn’t have anything to do with it. The hate she received was so much that Shah started trending on Twitter a couple of days ago.

Much of the criticism was directed at her new look and what she was wearing in the video and how she had styled herself.

Responding to the criticism, she wrote, “I find all memes and criticism amusing. However, the fact that a trivial topic to discuss is now the most trending issue in our country instead of becoming a voice for Palestine.” 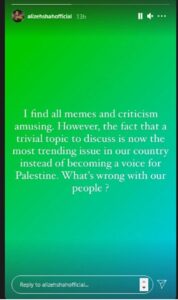