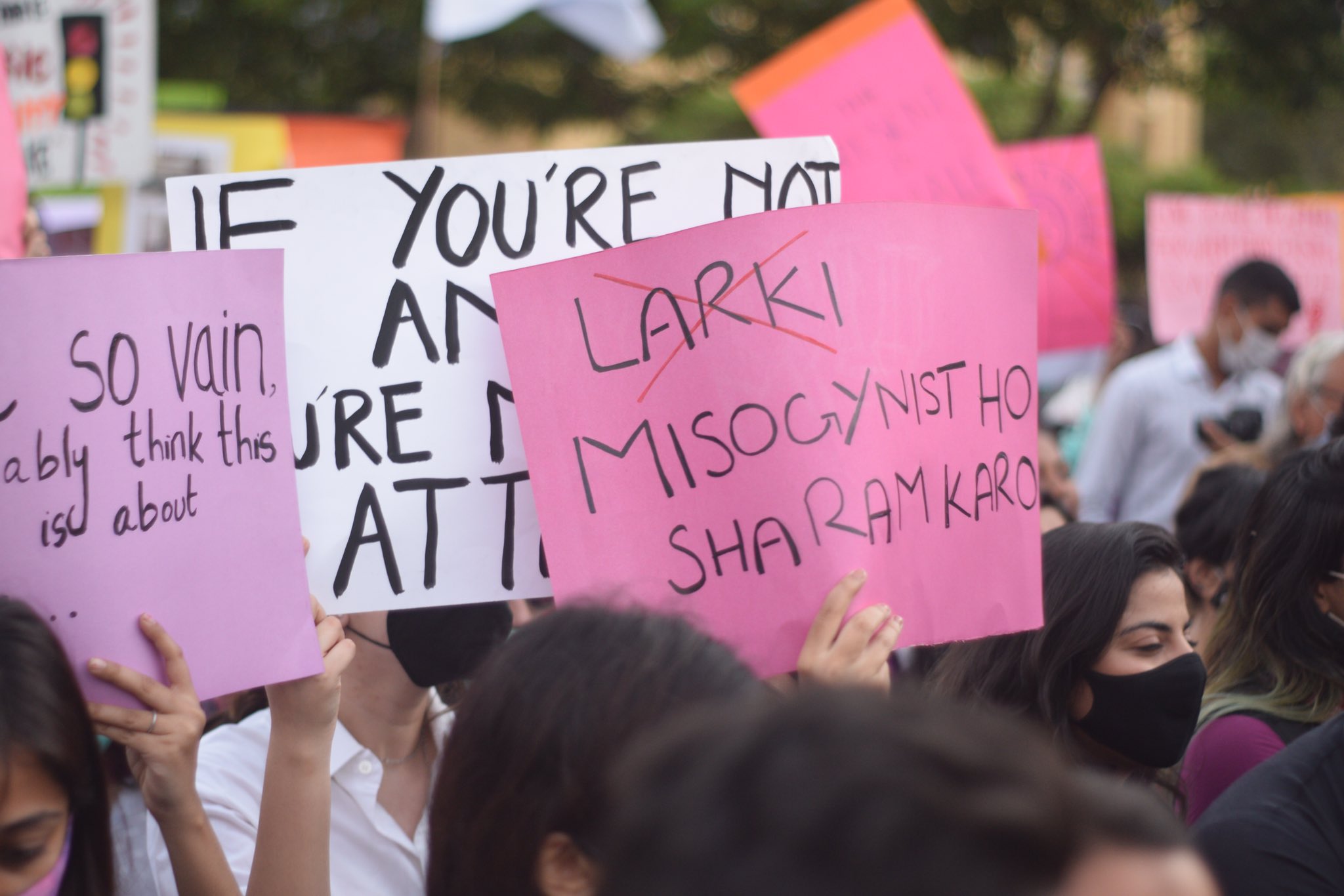 Feminist journalists and allies strongly condemned the false and malicious campaign against Aurat March organisers and participants; demand apology and retraction from those spreading disinformation

“We strongly condemn the deliberate, irresponsible, and malicious circulation of falsely captioned videos and media from the Aurat Marches. A doctored video has been spread on social media without fact-checking by journalists and anchors who have millions of followers. Their irresponsible actions have unleashed dangerous threats, including death threats, against organisers and participants of the March,” the group said in a statement.

Journalists need to fact-check and verify any fact, media, or source they use in their journalism, and journalists and anchors on social media need to fact-check and verify any information they share on social media. However, instead of attempting to verify the false information, doctored videos, and misleading media, certain media practitioners chose to share them without verification and by doing so, gave misinformation and deliberate disinformation credibility. Their actions have led to threats and incitement against the organisers. Their irresponsible actions and lack of journalistic acumen has put Aurat March organizers, participants, and supporters at great risk.

It was falsely alleged that the French flag was hoisted at the March, whereas the Women’s Democratic Front has clarified that it was their flag and distinguished between the two. Deliberate and false accusations of blasphemy were levelled based on the text of a banner which was actually a personal account of a survivor who was 9 years of age when she was subjected to sexual abuse. A falsely captioned video of the slogans raised has been released to incite and fan flames of hatred against the organisers and participants, wrongly accusing them of insulting religion.

These tweets with false information were shared by Ovais Mangalwala, Ansar Abbasi, and Orya Maqbool Jan, among others in the following tweets:

It is clear that this is all deliberate and malicious. Using religion and accusing people of blasphemy has serious consequences. Partaking in the spread of false information, which confirms these false accusations in public perception is equally damaging, particularly when it comes from leading journalists and anchors. It is also extremely disturbing and damaging to the cause of women, trans, and non-binary person’s rights when these blatant and dangerous lies have also been shared by the deputy information secretary of the ruling party on their social media.

This is not just irresponsible conduct but dangerous and unlawful. Death and rape threats are already the norm with no action taken even when reported to the authorities. Women, trans persons, and non-binary persons — including journalists — are harassed and driven off platforms due to the abuse and threats hurled at them. Sexual violence is rampant in Pakistan and no threat — whether online or offline — can or should be taken lightly. Who will bear the responsibility and take accountability for the coercive environment that has been created or any actions that flow as a result? There cannot be impunity for this. State inaction sends a message to women, trans persons, non-binary persons, and the ethical journalist community that they are on their own and in the long term not only weakens the feminist movement but also undermines the general public’s trust in investigative journalism.

We, the undersigned, demand:

We also call on: