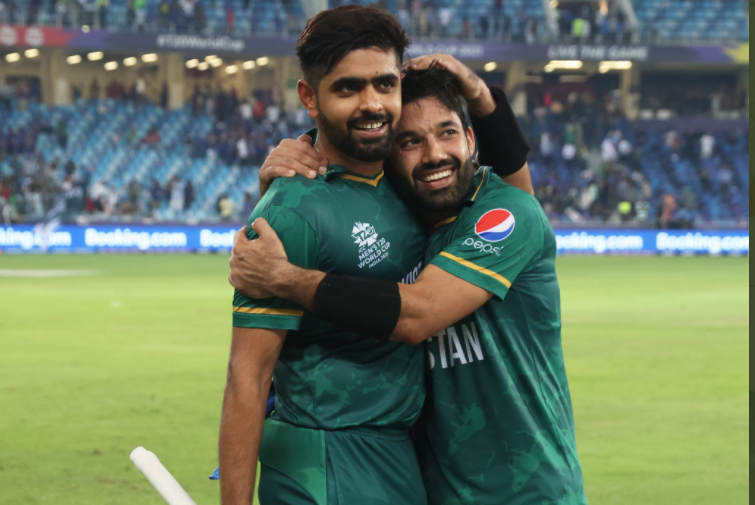 0
Share
Babar Azam and Mohammad Rizwan’s 152-run partnership for Pakistan was not just a match-winning stand, but also the biggest opening partnership in the history of the Men’s T20 World Cup and Pakistan’s second-biggest partnership in a T20I for any wicket.

Indian kipper Virat Kohli, tops the list with an average of 52.72, while Rizwan’s 79* took his career average up to 52. However, the early stages of Rizwan’s career impact on those numbers. In the 18 T20 internationals since he moved up to open, the 29-year-old has scored 959 runs at an extraordinary average of 87.18.

Speaking after the match, Azam explained how he and his partner approached the record run-chase.

“The plan with Rizwan is always to keep it simple,” he said. “We tried to get deep in the crease and from about the eighth over the dew came in and the ball came on nicely.

“This is just the start, we have confidence to build on now. It will remain match by match for us.

“The pressure on us wasn’t that much – we weren’t thinking of the record against India at all. I only wanted to back all our players who’ve been preparing

Azam and Rizwan’s 152 is the second biggest partnership for any wicket in Men’s T20 World Cup history, 14 runs shy of Kumar Sangakkara and Mahela Jayawardene’s extraordinary 166 against West Indies in 2010.

The partnership is also the biggest for any wicket in a T20I against India, and consigned India to their first-ever ten-wicket defeat in T20s.

If the duo can carry on this form, Pakistan will be hard to beat this tournament.