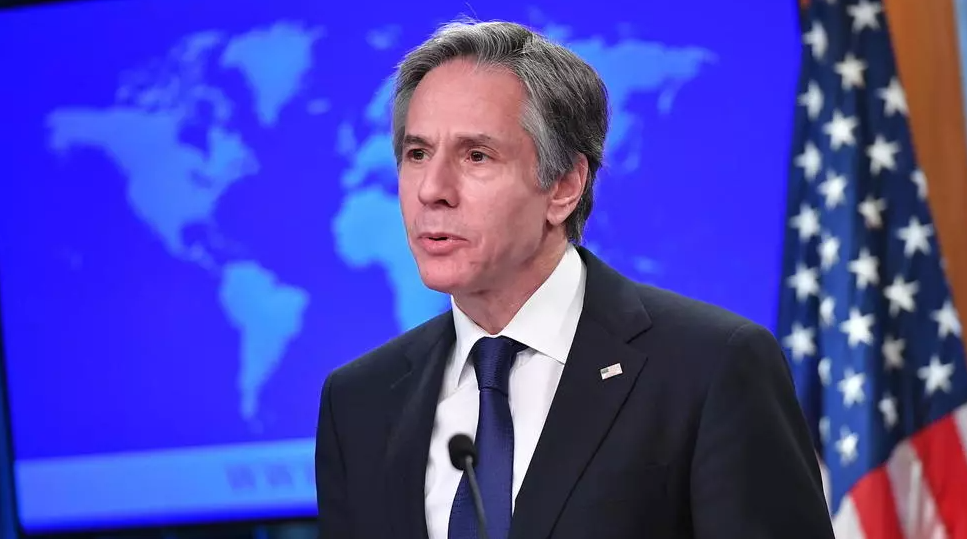 US Secretary of State Antony Blinken arrived Wednesday in Germany for talks with nations shaken by the Afghanistan withdrawal as the Taliban announced a hardline new government.

The top US diplomat flew out of Qatar, the largest transit hub in a massive airlift from Afghanistan, to tour another processing hub for thousands of evacuees at the US airbase in Ramstein in western Germany.

Blinken will meet German Foreign Minister Heiko Maas before they lead a 20-nation virtual meeting of ministers on the way forward in Afghanistan.

The United States is likely to seek to shore up international pressure on the Taliban to make good on their commitments to let Afghans leave freely if they choose.

The talks could also bring coordination on how to deal with the caretaker government announced Tuesday, which has no women or non-Taliban members and includes an interior minister who the United States is seeking to arrest on terrorism accusations.

The United States said it was “concerned” by the makeup of the government, but would judge it by its actions. US officials have stressed that any official recognition of a Taliban government is far off.

Maas said the goal of Wednesday’s meeting was “to clarify what a joint approach towards the Taliban can look like”.

“The people of Afghanistan are not to blame for the Taliban coming to power. And they do not deserve to have the international community turn away now,” Maas said in a statement.

Germany, like many US allies, had celebrated President Joe Biden’s victory over Donald Trump and the new administration’s stated emphasis on working with the rest of the world.

But even some close allies have been critical over how Biden ended the 20-year war in Afghanistan, which led to the Western-backed government crumbling within days.

Armin Laschet, the leader of German Chancellor Angela Merkel’s ruling party and candidate to succeed her, described the Afghanistan mission as “the biggest debacle” in NATO’s history.

Biden has long favoured pulling out of Afghanistan, arguing that the US-led NATO mission had achieved its core goal of accountability for the September 11 attacks 20 years ago this week and that the United States should not invest further blood or treasure in propping up a weak government.

Blinken has said Washington will work with allies to exert diplomatic and economic leverage in Afghanistan even after the end of America’s longest war.

“I think one mistake that is often made is to somehow equate our engagement in anything we’re working on with the number of American boots we have on the ground in uniform,” Blinken told reporters in Qatar.

“We have a much broader definition of what engagement means.”

In 2019, foreign donors led by the United States provided 75 percent of public expenditure in Afghanistan, one of the world’s poorest nations. The country’s economy has further deteriorated since the Western-backed government’s collapse.

More deaths from 9/11-linked illnesses than in attack: report