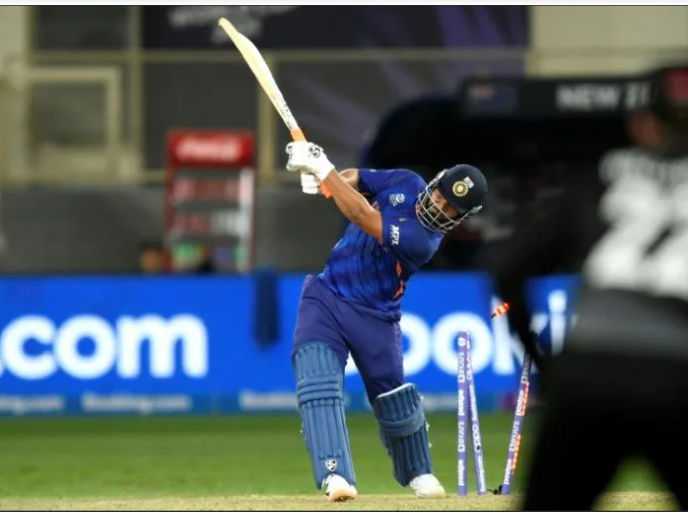 Boult and leg-spinner Ish Sodhi shared five wickets between them to restrict India to 110 for seven after being invited to bat first in the Super 12 clash in Dubai.

Skipper Kane Williamson and Daryl Mitchell, who made 49, put 72 runs for the second wicket as the Kiwis romped home in 14.3 overs and hand India their second straight loss of the tournament.

Jasprit Bumrah denied Mitchell his maiden fifty but the wicket proved a minor blemish for the Kiwis, who bounced back from their opening loss to group toppers Pakistan.

India, who lost their first Super 12 match to Pakistan by 10 wickets, remain in danger of slipping out of the race for the semi-finals.

“I don’t think we were brave enough with bat or ball,” said Kohli.

“We didn’t have much to defend but we weren’t brave when we walked out to field. When you play for the Indian cricket team you have a lot of expectations – not just from fans, but players as well.

“So there’s always going to be more pressure with our games and we’ve embraced it over the years.”

Williamson hailed his team as they collected their first win.

“A fantastic all-round performance from us against a formidable India side,” he said.

“We were able to build pressure throughout and the way the openers came out really set the platform.”

Boult dismissed Ishan Kishan for four and nearly had Rohit Sharma on the next ball but Adam Milne dropped an easy catch at fine leg.

Milne, who replaced Tim Seifert as the only change in the New Zealand team from their opening loss to Pakistan, then gave away 15 runs from his first over with Sharma hitting the fast bowler for a four and a six.

But the New Zealand pace bowlers kept coming at the Indian batsmen as Tim Southee got KL Rahul walking back for 18 with another pull shot that found the fielder.

Sharma fell to Sodhi for 14, this time giving away a catch to long-on where Guptill made no mistake.

Sodhi dismissed Kohli for nine after the captain mistimed a shot to be caught at long on and walked back to stunned silence at a stadium packed with Indian fans.

Hardik Pandya, who made 23, and Ravindra Jadeja, 26 not out, put up some resistence with a partnership of 24 that was broken by Boult who struck twice in his final over.

Mohammed Shami, the only Muslim player in the India team, walked in to loud cheers after being mercilessly trolled following the 10-wicket defeat to Pakistan.

Jadeja hit two fours and one six in his 19-ball stay.

In reply, Martin Guptill started on an attacking note to smash three boundaries before falling to Bumrah who returned figures of 2-19.

Mitchell took on the Indian bowlers as he hit left-arm spinner Jadeja for a six and then got another shot over the fence to bring up New Zealand’s fifty in the seventh over.

He departed with New Zealand needing 15 and Devon Conway joined Williamson to complete the formalities.