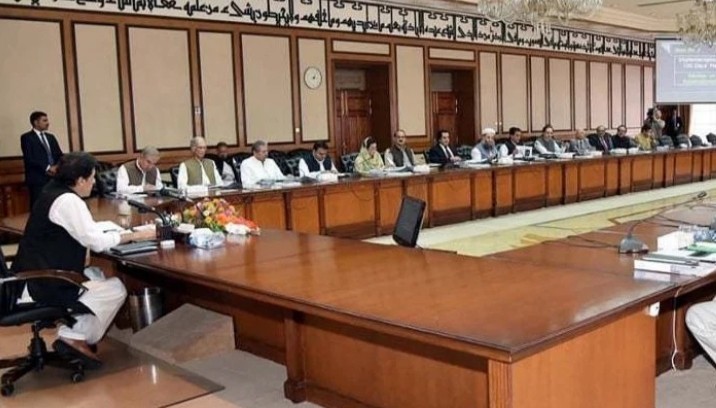 ISLAMABAD: The federal Cabinet on Tuesday approved the controversial State Bank of Pakistan (SBP) Amendment Bill, which has proposed to curtail the government’s borrowing from the central bank, The news pmc reported.

The approval of the SBP Amendment Bill is a part of prior action on the government’s end to fulfill International Monetary Fund’s (IMF) conditions ahead of the sixth review of the Extended Fund Facility b the IMF executive board.

The SBP Amendment Bill suggested extending the SBP governor’s tenure from three to five years, divided in two terms. However, it is yet to be decided if it becomes applicable for the incumbent SBP governor or not.

Meanwhile, another bill, the Tax Laws (Fourth) Amendment Bill, slated to be presented before the Cabinet, was deferred. The main reason behind the deferral was the resistance from the PTI-led regime’s allies who insisted the government take them into confidence.

The government deferred the Tax Law (Fourth) Amendment Bill, but two federal ministers confirmed to The News that the bill would be approved by the special cabinet committee within the next 48 hours either on Wednesday (today) or Thursday.

When Federal Minister for Finance and Revenues (who was sworn in a couple of days ago) Shaukat Tarin was contacted on Tuesday, he said the Cabinet approved SBP Amendment Bill 2021 in today’s meeting and everyone would soon see what kind of changes the government proposed in it.

Earlier, Federal Minister for Information & Broadcasting Fawad Chaudhry said that the Cabinet approved the SBP Amendment Bill 2021 and decided that the Tax Laws Fourth Amendment Bill would be approved on Wednesday or Thursday by convening a special cabinet meeting.

It proposes the establishment of an executive committee to make policy decisions related to the bank’s core functions as well as administration and management matters consisting of the governor, deputy governors, executive directors and other officers as needed.

Only the governor and deputy governors have the right to vote.

According to a presentation, given to the Cabinet on the SBP Amendment Bill, the international experience and economic literature demonstrated that countries with an independent and accountable central bank have lower inflation and greater financial stability over long periods of time.

In Pakistan, the SBP role was first defined in the State Bank of Pakistan Act 1956. Since then, the SBP Act has been amended several times to reflect changes to economic thought globally, including advocating for an independent role of central banks. Major revisions in the SBP Act came in 1994, 1997, 2012 and 2015.

It also proposes that the quasi-fiscal operations, defined as monetary actions taken on behalf of the government, would be discontinued. However, refinancing facilities, which the SBP has used to support access to credit in underserved sectors, are still allowed.

The government proposed to abolish the Monetary and Fiscal Policies Co-ordination Board. It is proposed that the SBP governor and finance minister would establish a close liaison with each other and keep each other fully informed on all matters which jointly concern the Bank and the Finance Division.