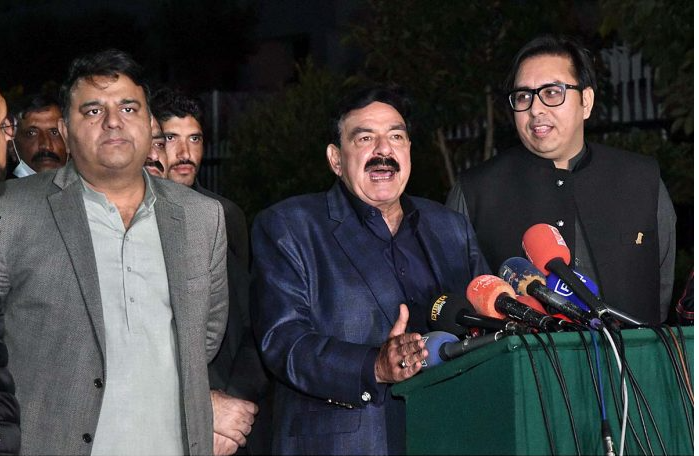 Minister for Interior Sheikh Rashid Ahmad on Monday said all the coalition government partners were unanimous to pass the electoral reforms bill that would be tabled in a joint sitting of the Parliament, scheduled to be held on Wednesday.

“All the coalition partners including Pakistan Muslim League-Q, Grand Democratic Alliance (GDA) and Muttahida Qaumi Movement Pakistan have agreed on the bills [related EVMs and I-voting] to be tabled in the joint session of the Parliament,” he said while talking to media persons after a meeting here at the Prime Minister House.

The minister said it was the dream of Prime Minister Imran Khan of introducing Electronic Voting Machines (EVMs) in the elections as it would ensure transparency and resolve the issue of mistrust in the electoral system.

He said the PM Imran Khan had answered all questions of the coalition partners in today’s meeting.

Biden, Xi at loggerheads on Taiwan in lengthy virtual summit