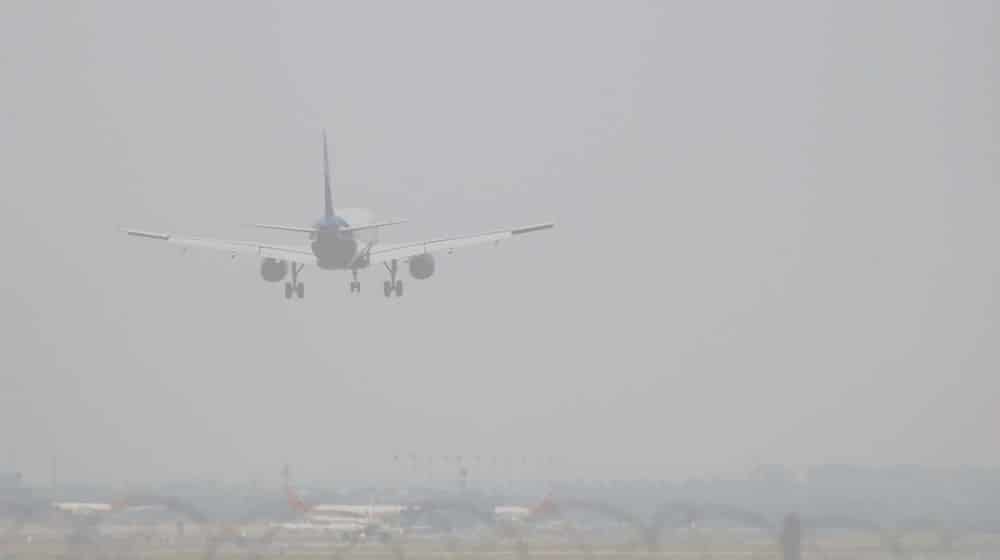 According to the Civil Aviation Authority (CAA), the Karachi to Islamabad flight, which was scheduled to depart at 7:00 am, got delayed while an Istanbul-bound flight failed to take off due to low visibility.

Flights to Lahore and Peshawar also got delayed, according to the CAA Flight Inquiry. A Karachi-Dubai flight was also delayed by two hours.

CAA officials said flights operations will be fully restored when the fog subsides.

Meanwhile, commuters traveling to offices and schools had to face delays in several areas of the city.

The city’s Orangi Town, Malir, North Nazimabad and surrounding areas were engulfed with heavy fog. Traffic on Super Highway Link Road and in nearby areas was also affected due to low visibility.

The Met Office has predicted dry weather in most parts of Sindh. “Shallow fog/smog is likely to prevail over Sukkur and surrounding areas during the morning hours,” it added.