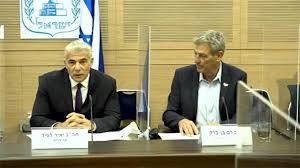 Negotiators trying to save the landmark Iran nuclear deal resumed discussions on Monday with the EU chair warning of “difficult” work ahead.

Negotiations to salvage the 2015 agreement restarted in late November, after a five-month hiatus following the election of ultraconservative Iran President Ebrahim Raisi.

The talks seek to bring back the United States, after it left the accord in 2018, and curtail Iran’s nuclear activities, stepped up in response to the US withdrawal and reimposed sanctions.

EU diplomat Enrique Mora, who is chairing the talks, said all sides were showing “a clear will to work toward the successful end of this negotiation”.

“It’s a very good sign… We will be working very seriously in the days and weeks ahead… It’s going to be very difficult,” Mora told reporters after the eighth round of talks hosted in Vienna began.

Ahead of the resumption, Iran’s Foreign Minister Hossein Amir-Abdollahian said the agenda should be “the issue of guarantees and verification” on the lifting of US sanctions.

“The most important thing for us is to reach a point where we can verify that Iranian oil will be sold easily and without any limits, that the money for this oil will be transferred in foreign currency to Iranian bank accounts, and that we will be able to benefit from all the revenues,” he said, quoted by state news agency IRNA.

The talks involve delegations from Iran and the other countries that remain party to the landmark accord — Britain, China, France, Germany and Russia.

Washington is participating indirectly, with diplomats shuttling back and forth between the Iranian and the US sides.

Iran has reported progress in the talks, but European diplomats have warned they are “rapidly reaching the end of the road”.

US negotiator Rob Malley has said there are only “weeks” left to revive the deal, if Iran continues its current pace of nuclear activities.

The 2015 nuclear deal offered Iran a lifting of economic sanctions in return for strict curbs on its nuclear programme.

The goal was to make it practically impossible for Iran to build an atomic bomb, while allowing it to pursue a civilian nuclear programme.

But the deal started to unravel in 2018 when former US president Donald Trump pulled out and began imposing sanctions on the Islamic republic.

US President Joe Biden has said he is willing to return to the deal as long as Iran also resumes the original terms.

Iran, which denies it wants to acquire a nuclear arsenal, has gradually abandoned its commitments to the accord since 2019, including by stepping up its enrichment of uranium.

Iran’s arch-rival Israel, which staunchly opposes the nuclear deal, had reportedly warned in November that the Islamic republic had taken the technical steps to prepare to enrich uranium to military-grade levels of around 90 percent.

“We prefer to act through international cooperation, but if necessary, we will defend ourselves, by ourselves.”

On Saturday, Atomic Energy Organization of Iran director Mohammad Eslami said Tehran has no plans to enrich uranium beyond 60 percent, even if the Vienna talks fail.

Eslami said the enrichment levels were related to the needs of the country, in remarks published by the Russian news agency RIA Novosti.

Mora told reporters after the meeting that negotiators would work through the week but adjourn from Friday to Sunday for logistical reasons. They are expecting to resume Monday next week, he said.

Moscow’s ambassador to the UN in Vienna, Mikhail Ulyanov, said on Twitter that negotiators “held businesslike and result-oriented discussions”.

“In particular they agreed to intensify the drafting process in order to achieve an agreement ASAP,” he said.

Earlier Monday, he said it was the “presumably final round of negotiations”.