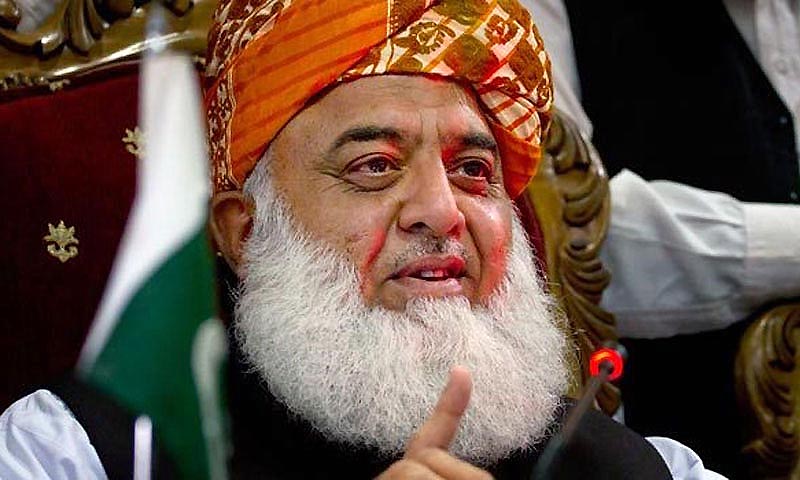 The JUI-F chief was holding a press conference, speaking to the media about the upcoming local government elections in the province. Fazl said it did not make sense for the Opposition to contest the elections under a government that had secured power through rigging.

He wondered why the government was holding local elections in Khyber Pakhtunkhwa when the Election Commission of Pakistan (ECP) was verifying voters lists.

Fazlur Rehman said the PDM would hold a meeting of all parties to decide on the issue.

On Oct 25, the ECP had announced that in the first phase, 17 districts of the province would go to the polls on December 19 and the candidates will start submitting their nomination papers from November 4.

Speaking about the protests being launched by the Tehreek-e-Labbaik Pakistan (TLP), the JUI-F chief said it was the proscribed organisation’s right to hold protests. He said the government should resolve the issue in a decent and democratic way.

He accused the government of labelling the TLP as a terrorist party because it is a religious party.

On Sunday, Fazl had yet again lashed out at the government.

“Saving the nation and country from this government is tantamount to sympathy towards the nation and is the need of the hour,” Fazl had said. He had claimed that people are turning up in huge numbers to the PDM-led anti-inflation protests being held across the country. “The incumbent government is illegal, incompetent, and cruel, and it has been imposed on the nation,” he had added.