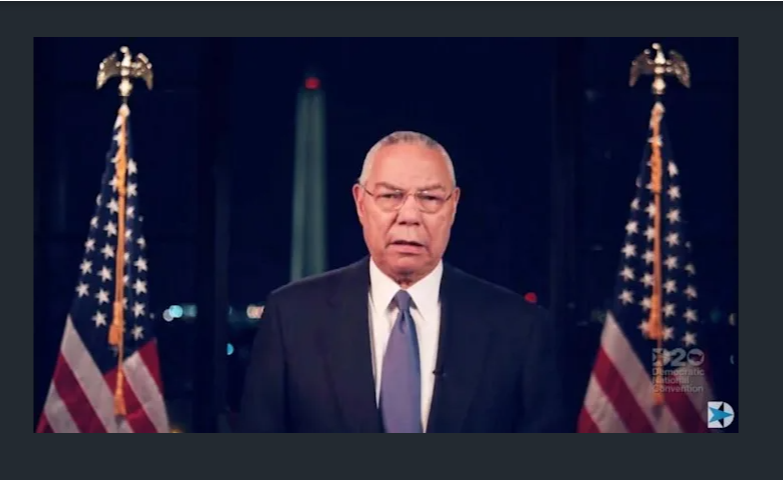 Colin Powell, a US war hero and the first Black secretary of state who saw his trailblazing legacy tarnished when he made the case for war in Iraq in 2003, died Monday from complications from Covid-19.

The 84-year-old retired four-star general was fully vaccinated, his family said in a statement, making him one of the most high-profile US public figures to die of a breakthrough infection.

President Joe Biden led an outpouring of tributes from home and abroad, describing the officer-turned-statesman as a breaker of racial barriers who believed in “the promise of America” and always put country before self.

“Colin embodied the highest ideals of both warrior and diplomat. He was committed to our nation’s strength and security above all,” said Biden, who spent decades in the Senate and worked frequently with Powell.

“Having fought in wars, he understood better than anyone that military might alone was not enough to maintain our peace and prosperity. From his front-seat view of history, advising presidents and shaping our nation’s policies, Colin led with his personal commitment to the democratic values that make our country strong.”

After engineering military victory in the 1991 Gulf War, Powell was so widely popular and respected that he was considered a strong candidate to become the first ever Black US president.

He ultimately decided against running for the White House, although he later broke with his Republican Party to endorse Barack Obama.

A son of Jamaican immigrants, Powell frequently shattered glass ceilings in a pioneering career that took him from combat in Vietnam to becoming America’s first Black national security advisor under then-president Ronald Reagan.

He was also the first African American and youngest chairman of the Joint Chiefs of Staff under Reagan’s successor, George H.W. Bush.

Serving four presidents, Powell made his reputation as a man of honor distant from the political fray — an asset in the corridors of power.

George W. Bush described Powell as “an American hero, an American example, and a great American story” when he nominated the professional soldier to be secretary of state in 2000, making him fourth in the presidential line and, up to then, the highest-ranking Black US public official ever.

“He was highly respected at home and abroad. And, most important, Colin was a family man and a friend,” the 43rd president said Monday.

Powell had a reputation for bipartisanship, straight talk and integrity, and was praised for his officer’s instincts of duty and honor.

Israeli former prime minister Benjamin Netanyahu led the international tributes, noting Powell’s dedication to public service, while back home, former president Jimmy Carter called the soldier a “true patriot” whose courage “will be an inspiration for generations to come.”

US Defense Secretary Lloyd Austin told reporters Powell was among the “greatest leaders that we have ever witnessed,” lamenting the loss of “a tremendous personal friend and mentor.”

But Powell found it hard to live down his infamous February 2003 speech to the United Nations Security Council about the alleged existence of weapons of mass destruction in Iraq — evidence which was later proven to be false.

“It’s a blot… and will always be a part of my record. It was painful. It’s painful now,” Powell said in a 2005 interview with ABC News.

Tributes nevertheless poured in from Congress, where Democratic Senator Mark Warner praised Powell as “a patriot and a public servant,” while centrist Republican Senator Mitt Romney mourned the loss of “a man of undaunted courage and a champion of character.”

Former British prime minister Tony Blair, who stood firmly behind US actions in Iraq and gave military backing to the war effort, described Powell as a “towering figure in American military and political leadership.”

Born April 5, 1937 in Harlem, Colin Luther Powell’s “American Journey” — the title of his autobiography — started in New York, where he grew up and earned a degree in geology.

He received a commission as a second lieutenant in the US Army, and was posted in what was then West Germany.

Powell completed two tours of duty in Vietnam — in 1962-63 as one of John F. Kennedy’s thousands of military advisors, and again in 1968-69 to investigate the My Lai massacre.

He earned a Purple Heart, but also faced questions about the tone of his report into the hundreds of deaths at My Lai, which to some seemed to dismiss any claims of wrongdoing.

Back in Washington, he quickly rose through the ranks to the pinnacle of the national security establishment, serving Reagan as national security advisor, and both George H.W. Bush and Bill Clinton as Joint Chiefs chairman from 1989 to 1993.

Powell freely admitted his liberal social views made him a strange bedfellow for many Republicans, though the party was often happy to hold him up as an example of its inclusivity.

But from 2008, he endorsed Democrats for the presidency, twice backing Obama, and then Hillary Clinton and Joe Biden.

Powell earned a number of civilian honors, including the Presidential Medal of Freedom twice — from Bush Senior and Clinton.

He married his wife Alma in 1962. They had three children: Michael, Linda and Annemarie.

“We have lost a remarkable and loving husband, father, grandfather and a great American,” the family said in a statement.