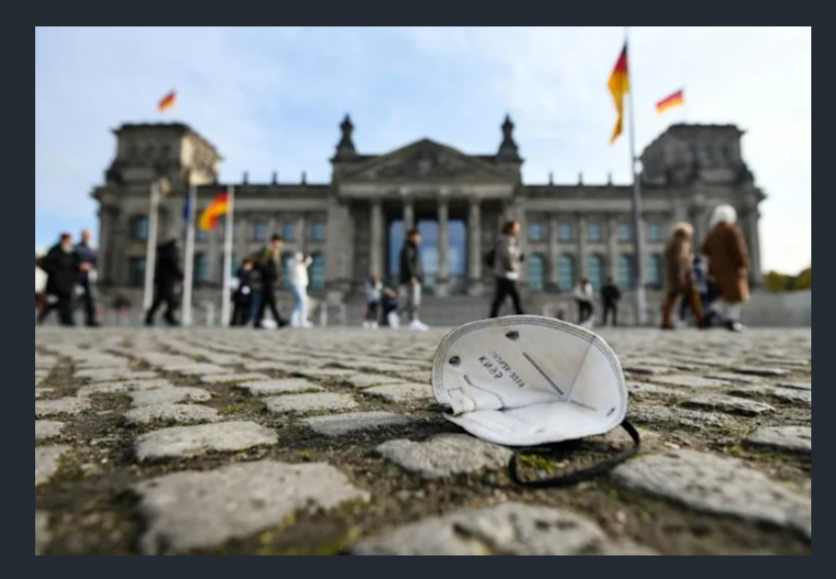 Daily Covid infections hit an all-time high in Germany Thursday as the World Health Organization warned that another 500,000 people could die across Europe with cases once again on the rise.

The dire projection came as the UK became the first country to approve an anti-Covid pill and the US announced strict new rules for businesses to strongarm employees into getting vaccines, as countries scramble to avoid another deadly winter wave.

The EU’s most populous country Germany set a new record for daily infections, with nearly 34,000 news cases over the past 24 hours, according to the Robert Koch Institute.

Croatia also hit a new daily record, with 6,310 people testing positive, following in the footsteps of Russia which has repeatedly shattered its own records in recent weeks.

The WHO’s Europe chief expressed “grave concern” over the rising pace of coronavirus infections in Europe, warning that according to “one reliable projection” the current trajectory would mean “another half a million Covid-19 deaths” by February.

“We are, once again, at the epicentre,” Hans Kluge told a press conference.

The WHO blamed a combination of insufficient vaccination rates and a relaxation of preventative measures like mask-wearing and physical distancing.

The number of new daily cases has been rising steadily for weeks in Europe, with about 250,000 cases, according to official national data compiled by AFP. Deaths are on the rise too, with some 3,600 registered daily across the continent.

Over the past seven days, Russia — a country with strong vaccine hesitancy — has led the rise with more than 8,100 deaths, followed by Ukraine with over 3,800 deaths and Romania with 3,100 deaths, according to AFP data.

Globally, the virus has killed more than five million people since it first emerged in China in December 2019.

There was better news in Britain, which became the first country in the world to approve the use of Merck’s anti-Covid pill molnupiravir to treat patients suffering from mild to moderate coronavirus.

Health minister Sajid Javid called the antiviral drug “a game-changer for the most vulnerable and the immunosuppressed”.

“Today is a historic day for our country, as the UK is now the first country in the world to approve an antiviral that can be taken at home for Covid-19,” he said.

The European Medicines Agency (EMA) said Thursday it would try to speed up its review on whether to authorise the drug for the EU.

The drug has raised hopes of being able to offer easy, at-home treatment for vulnerable Covid carriers, including those with diabetes or who are overweight.

Governments are eager to avoid the overcrowded hospital wards and soaring death rates seen in the first phases of the pandemic, with hopes pinned on vaccines to avoid a repeat of the worst.

In the United States, the world’s worst affected country with over 750,000 deaths to date, tens of millions of workers face a January 4 deadline to get vaccinated.

Under new rules announced by President Joe Biden’s administration, employees of larger companies as well as healthcare workers and federal contractors must either be fully vaccinated by then or submit to weekly testing.

The move marks the most aggressive step Washington has taken yet against the virus and its highly contagious Delta variant, which has hobbled the country’s economic recovery.

The source said the new rules would “lead (to) millions of Americans getting vaccinated, protecting workers, saving lives, strengthening our economy and helping to accelerate our path out of this pandemic.”

WHO recommends use of first malaria vaccine for children