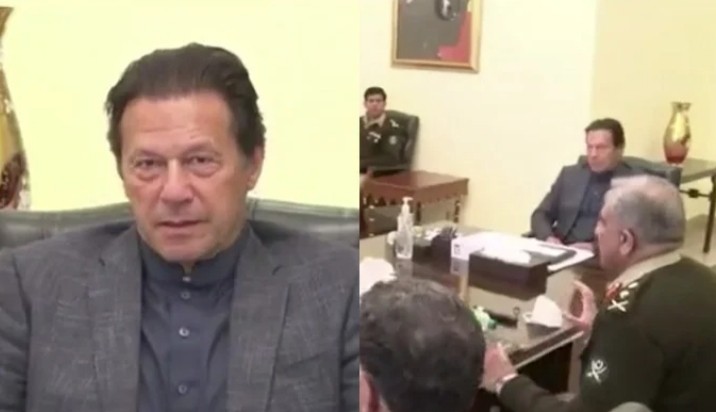 ISLAMABAD: The federal government has decided to implement a comprehensive strategy to curb violence after a mob lynched a Sri Lankan national in Sialkot.

The foreigner, Diyawadanage Don Nandasri Priyantha, was working at a factory in Sialkot. Hundreds of people, including workers from the factory, had tortured him to death last week and later burnt his body over blasphemy allegations.

The decision to implement the strategy came during a meeting chaired by Prime Minister Imran Khan in Islamabad, where the overall security situation in the country came under review, a statement from the PM’s Office said.

“The meeting expressed serious concern over the cruel act of killing of Sri Lankan national Mr Priyantha Diyawadanage in Sialkot and expressed the resolve to bring the perpetrators to justice,” the statement said.

The participants of the meeting were of the view that individuals and mobs cannot be allowed to take the law into their hands and such incidents cannot be tolerated, the statement said.

“Therefore, a comprehensive strategy shall be implemented to curb such incidents and strict punishments to all the perpetrators shall be ensured,” the statement said.

The participants praised the bravery and courage of Malik Adnan who endangered his own life to save Diyawadanage and conveyed deepest condolences to the family of the deceased.

The remains of the factory manager were sent off to Colombo earlier today. Sri Lankan embassy officials arrived at the hospital to escort Kumara’s body to the airport and laid flowers over it.

Priyantha’s last rites will be performed upon the arrival of his body in Sri Lanka.

Twenty-six suspects arrested in connection with the lynching of the Sri Lankan factory manager have been remanded into police custody.

The police presented the suspects before an anti-terrorism court earlier in the day and requested their remand for interrogation.

During the hearing, the names of the suspects were called out to mark their presence. All the suspects responded to their names except for one, named Shoaib alias Gonga (speech impaired).

The investigation officer informed the court that Shoaib is speech impaired.

The police requested the court to grant 15-day remand of the suspects for interrogation which the court accepted and ordered the investigation officer to present them on December 12.

So far, a total of 131 suspects have been arrested in connection with the Sialkot lynching case.

Priyantha, working as a manager at a private factory in Sialkot, was lynched on Friday by a mob after being accused of blasphemy.

The gruesome incident was dubbed by PM Imran Khan as “a day of shame for Pakistan”.

Workers of a garment industry, located on Sialkot’s Wazirabad Road, had alleged that the foreigner had committed blasphemy. He was subsequently lynched and his body set on fire.

The mob had also vandalised the factory and blocked traffic, according to the police.

The brutal murder drew widespread condemnation from senior government functionaries, including the prime minister and president, as well as the military’s top leadership, who promised to bring all those involved to the book.

Responsible for Sialkot incident will be brought to justice: Interior Minister