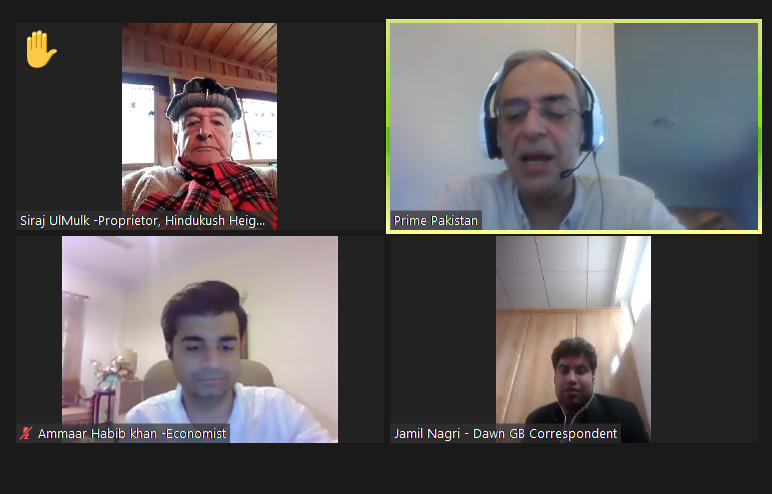 ISLAMABAD: The Federal Government needs to fix what speakers at a webinar on April 6 said was a long-standing issue of lack of electricity in Gilgit-Baltistan.

Dawn’s GB correspondent Jamil Nagri said at the webinar “Tourism in Pakistan – Challenges and the Way Forward” that the region often got just between two to four hours of electricity during the day, and that this was also the situation in the region’s harsh winter.

“The KKH (Karakoram Highway) is the lifeline of GB and whenever it gets blocked thousands of people are stranded, including foreign tourists. There are flights only to Gilgit and Skardu. The government should consider allowing direct international flights to these cities to boost foreign tourist inflows,” he said.

“Tourism planning is important but there’s no planning of any kind. Look at the example of Murree and the kind of construction that has taken place there. There’s no effort being made to integrate it with the natural environment,” he lamented.

He urged the government to invite tourism experts for consultation to formulate a policy that had the potential to surpass the country’s textile sector exports. “The officials should invite industry experts to chalk out a blueprint on tourism policy. We can boost our international tourism by taking  a few necessary steps. If we do so, we can surpass our textile sector growth” he added.

Ammar Habib Khan, a noted economist, was of the view that the environment was not good in the country for foreign investment. “If you can’t do what’s required then step aside and let the private sector come in and fill the gas,” he said.

“If the government cannot provide services like power on its own then it should let the private sector come in – given the way the population is spread out and not concentrated, a power plant is not a good idea – but for localised generation solutions,” he added.

Senior journalist Jamil Nagri suggested that the government should encourage public-private partnership to fix the system. He also said that there was a serious electricity shortfall in the region.

“There’s loadshedding of 20-22 hours in Gilgit Baltistan in the winter as well. Everything is connected to electricity and with this kind of load shedding you can imagine – in the winter most of the streams are frozen so hydel projects don’t work.”

“I agree that the habit of paying bills is low in GB but that’s also because people try to use other sources of fuel – but the whole system is bad because electricity comes only 2 hours a day – if it comes for so less then there will be issues.”

He also said that foreign climbers had to wait for months to get the green signal for their expedition in Pakistan.

Sirajul Mulk, owner of Chitral’s famed Hindukush Heights Hotel, said that he had set up his hydropower generation plant to fill the gap.

“The electricity system in Chitral is very different from that in Gilgit Baltistan, where they don’t pay their electricity bills – in Chitral, there is more discipline – everyone pays their bill in Chitral even though the rate is the same as in other cities.”

To a question, he said: “We’ve never had as many tourists from within Pakistan in this past winter as we’ve had this winter – and that’s because these people go abroad but they couldn’t because of Covid – so they explored their own country.”