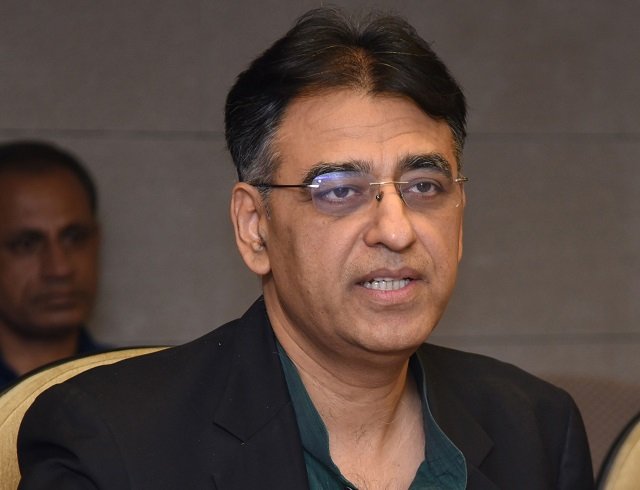 The federal government on Thursday set August 31 as deadline for anti-COVID vaccination, following which only vaccinated staff and people would be allowed to enter both public, private sector offices, businesses and high risk sectors.

“This is being done for you. This is not a punishment but acknowledgement to make you realize that you play an important role for this society and economy. And we, on priority basis want that your health is not compromised so that your livelihood continues and economy also continues.,” Minister for Planning Development and Special Initiatives Asad Umar said while addressing a press conference here.

The federal minister was flanked by Special Assistant to Prime Minister on Health Dr Faisal Sultan.

Asad Umar, who is also Chairman of the National Command and Operation Centre (NCOC), said that NCOC had already a made decision earlier that unvaccinated people would barred from traveling in domestic flights from August 1st likewise teachers and staff would also not be allowed to enter educational institutions unvaccinated from this date.

He said that we cannot take risk of children, adding that around 80 per cent of teachers have already been vaccinated.

The minister said ban would be extended from August 31st on other sectors and places where risk of coronavirus spread is high due to excessive assembling of people, including transport sector, markets and public-dealing offices.

“These are all facilities were people visit in bulk and have to get in touch with people there and are exposed to the virus,” he said.

The minister said the drivers, who provide pick and drop facility to schoolchildren would be required to vaccinate themselves while those travelling on public transport should also follow the deadline.

The students with age of over 18 years would also have to vaccinate themselves to attend educational institutions while employees of private and public sector entities could not enter their office unvaccinated after August 31.

In addition, people in high-risk areas including hotels, restaurants, marriage halls would also have to get vaccinated in addition to those of law enforcement agencies, banks, NADRA, markets, shopping malls and chain stores.

He expressed the hope that the Pakistani nation would come out of this challenge successfully and would become an example of success among developing nations in dealing with the Covid-19 and also in anti-coronavirus vaccination drive.

The minister said that people should realize that whatever they did, have an effect; if they follow Standard Operating Procedures (SOPs), the Coronavirus would definitely come down and if they ignore, the pandemic would spread.

He said when SoPs were followed in Ramadan and Eid, positive results were witnessed as the pandemic had gone down, but people take it easy when it recedes and consequently, it climbs up accordingly.

Asad Umar, however said that implementation of SOPs was not the only solution, the p0eople needed to be vaccinated as early as possible.

He said that the government had adopted prudent strategy by striking balance between controlling Coronavirus and allowing economic activity across the country. He said that complete lockdowns did not work in India and Bangladesh and had very negative effect.

He said the government had comprehensive framework and was taking data-based decisions. However, he said there were problems in compliance of coronavirus SoPs all across the country.

Giving data about the enforcement of Coronavirus  SoPs, the minister said that 56.4 per cent followed SoPs in Federal Capital, while the per centage was 46.6 in Khyber Pakhtunkhw followed by Azad Jammu and Kashmir with 42.7 per cent, Gilgit Baltistan with 37.4 per cent, Punjab with 38 and Sind and Balochistan 33 per cent.