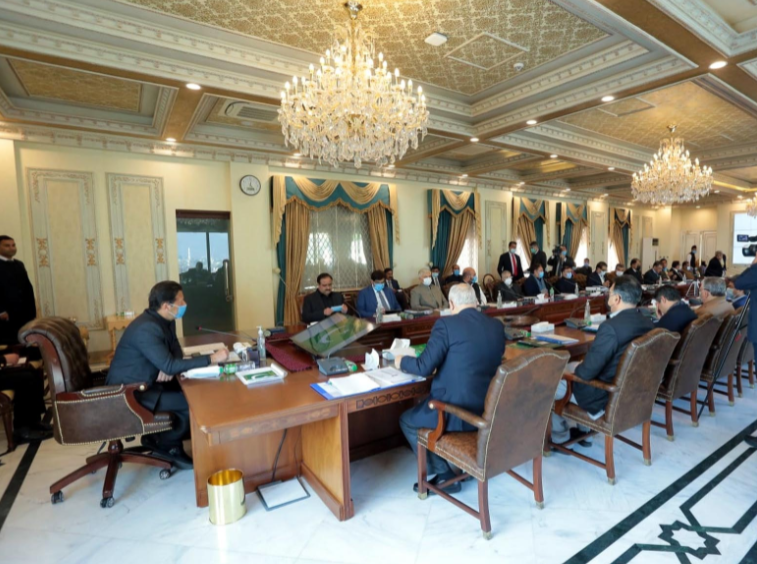 ISLAMABAD: Prime Minister Imran Khan has said that his government wants to have credible census data that can be used for initiating policies and projects for the welfare of citizens.

PM Khan made the remarks while chairing the 49th meeting of the Council of Common Interests (CCI) today.

While welcoming the chief ministers, the prime minister stated that the frequency of CCI meetings can be increased as per the demands of the provinces.

The PM congratulated CCI members on the establishment of CCI’s permanent secretariat and stated that it manifests a collaborative spirit between the Federal and Provincial governments.

“The federal government is fully committed to resolving national issues in consultation with all federating units and stakeholders.”

The CCI approved the conduct of the 7th Population & Housing Census and approved the establishment of the “Census Monitoring Committee”.

This committee will be chaired by Deputy Chairman Planning Commission, all Provincial Chief Secretaries, Chairman NADRA, Chief Commissioner ICT and other senior officials.

The Committee will oversee and monitor census activities to ensure expeditious, transparent and credible census operations. As per recommendations of the Census Advisory Committee, CCI decided to conduct the 7th Census adopting international best practices, using digital technology and a GIS monitoring system.

It was apprised that Housing Census would be conducted before the Population Census.

It was informed that a total of 6 meetings were conducted during FY 2020-21 during which 21 agenda items were considered with 13 decisions implemented and 06 decisions under process. While discussing the implementation status of previous decisions, the CCI was informed that an independent CCI Secretariat has been established with a budget of Rs. 110.928 million. An independent Secretariat will facilitate effective coordination between the Federal and Provincial governments. The CCI also decided that additional water requirements for Karachi would be discussed by the committee formed to reconcile views of the provinces at the political and technical levels and issues related to water.