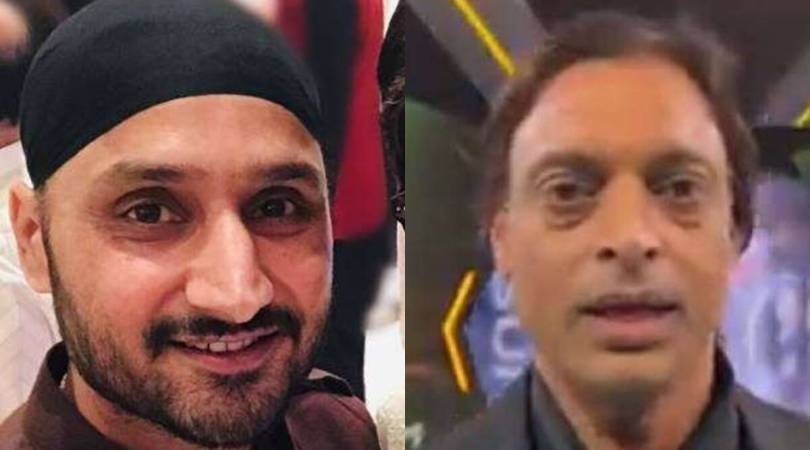 All eyes were on Pakistan and India when the two sides collided in the ICC T20 World Cup match Sunday. Pakistan emphatically won the tournament, beating India by 10 wickets.

Former Indian spinner Harbhajan Singh had trolled Pakistan before the clash had taken place. In a TV show prior to the match, Harbhajan Singh had asked Babar Azam XI to give India a walkover, saying that it was useless as India would never lose to Pakistan.

After Pakistan trounced India by 10 wickets, Rawalpindi Express Shoaib Akhtar tagged Harbhajan on Twitter and made fun of him in a video message, asking the spinner whether he wanted a walkover or not.

Harbhajan Singh replied to Shoaib Akhtar, saying that the Men in Green had outclassed India.

“Congratulations on your win guys. U guys played better,” he tweeted.

Congratulations on your win guys. U guys played better..✅ https://t.co/x9JEN5xSfO

In another tweet, Harbhajan Singh replied to Shoaib Akhtar, congratulating him once again and saying that both would discuss the match in the TV show they do together.

Theek hai theek hai.. Mubarak ho aap logo ko.. I am Very much here..see you on @Sportskeeda we shall discuss this game..enjoy you win https://t.co/qrV3BAtmWN