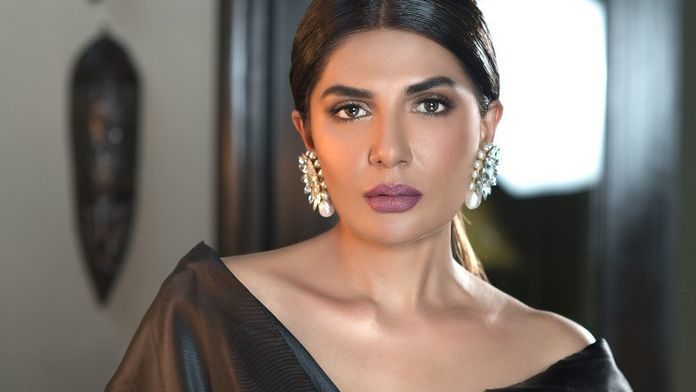 Pakistani actress Iffat Omar ends up in headlines time and again, for better or for worse. This time around, during an interview with fellow actor Naumaan Ijaz, Iffat Omar is making headlines for saying Salahuddin Ayyub is “not our hero”.

During the interview, Ijaz asked the actress about her anti-government views. Iffat Omar clarified that just because she criticises Prime Minister Imran Khan, the government and the ruling PTI, it doesn’t mean she is a supporter of any other political party.

“If I’m calling out Imran Khan over his shortcomings, that doesn’t mean I associate myself with any other political party,” she clarified.

The Pakistani actress said the country, at the moment, needs education, health and other basic necessities. However, she said that may seem like a distant dream if departments keep on interfering with one another.

“We need pro-peace, we need education, we need science. In the next 30 years, technology will take over. Artificial intelligence is the new revolution,” she added.

Ijaz then spoke about how the government has promoted Islamic history in Pakistan by bringing the popular Turkish show Ertugrul to Pakistan.

“They [Turks] invaded us. Understand this. We do not need fictional characters, we need stories about scientists. There’s not a single mathematician, a scientist in Pakistan that is known world over,” she said.

She was then asked about the Pakistan-Turkey collaboration in an upcoming drama series which will be based on the famous Muslim warrior and politician Salahuddin Ayyubi.

“He [Salauddin Ayyubi] is not our hero,” she asserted. “This has been indoctrinated in Pakistanis since our country has been formed. We think of ourselves as superiors. Our history is of sub-continent, we need to endorse that. Our history isn’t of Turkey.”

Pakistani youth can benefit from technology transfer in IT & Telecom : PM