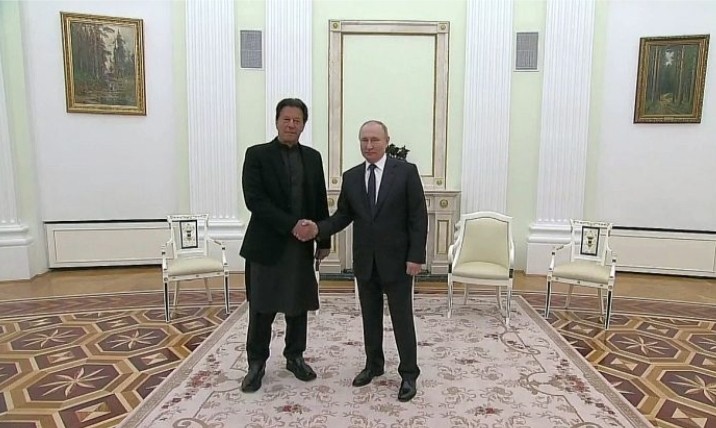 MOSCOW, Feb 24 : Prime Minister Imran Khan and Russian President Vladimir Putin on Thursday held a one on one meeting in Moscow with a wide-ranging agenda in focus relating to bilateral matters and regional developments.

The regional situation including the developing scenario of Ukraine also came under discussion.

PM Imran Khan, earlier on his arrival at Kremlin – the executive headquarters of the Russian Federation, was warmly received by President Putin.

This is the first bilateral visit by a Pakistani prime minister to Russia after a gap of 23 years and is being termed as a historic step to renew relations between the two countries.

On the invitation of President Putin, Prime Minister Imran Khan arrived in the Russian capital Wednesday on a two-day visit where he was given a guard of honour at the airport.

US imposes tough sanctions on Russia, but avoids some severe steps