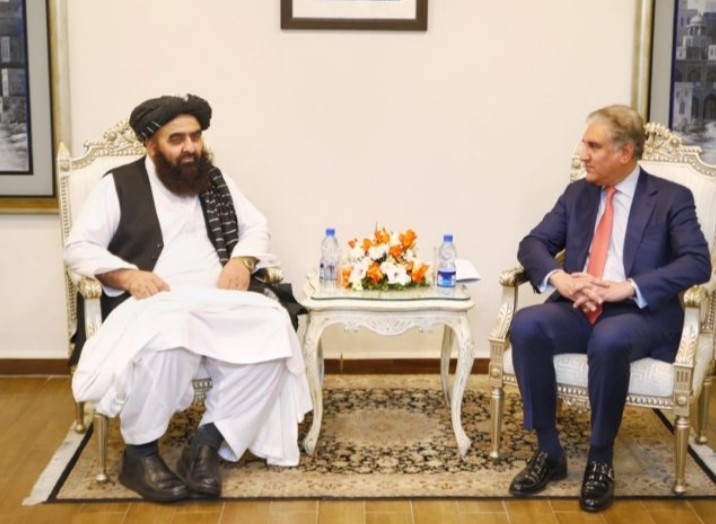 ISLAMABAD, Dec 18: Foreign Minister Shah Mahmood Qureshi Saturday told his Afghan counterpart that an inclusive government and respect for human rights, particularly women, was in the interest of the Afghan government.

The foreign minister, in a meeting with the visiting Interim Afghan Foreign Minister Amir Khan Muttaqi here, said since August 15, Pakistan had been striving for attracting the world’s attention towards the humanitarian and economic situation of Afghanistan.

Muttaqi is in Islamabad to attend the 17th Extraordinary Meeting of the Council of Foreign Ministers of the Organization of Islamic Cooperation on Afghanistan set to take place on Sunday here.

Qureshi said the hosting of the extraordinary moot was also part of Pakistan’s efforts to support its Afghan brethren.

He told the Afghan counterpart that through this meeting, Pakistan would tell the world not to repeat past mistakes rather move forward.

Regarding his announcement of Rs 5 billion assistance for Afghan people during his visit to Kabul, Foreign Minister told the Afghan dignitary that the government had arranged food, medicines and 50,000 metric tons of wheat for the Afghan people.

Moreover, a team would soon visit the hospitals being run with Pakistan’s support in Afghanistan.

He said Pakistan also looked forward to hosting the 48th meeting of the OIC Council of Foreign Ministers in March next year and hosting of the two consecutive OIC moots manifested Pakistan’s serious approach towards the resolution of the issues.

The foreign minister said the economic stability of Afghanistan would be in everyone’s interest, so the world should not waste the opportunity earned after 40 years.

The interim Afghan foreign minister thanked Foreign Minister Qureshi for inviting him to the moot and for the warm hospitality.