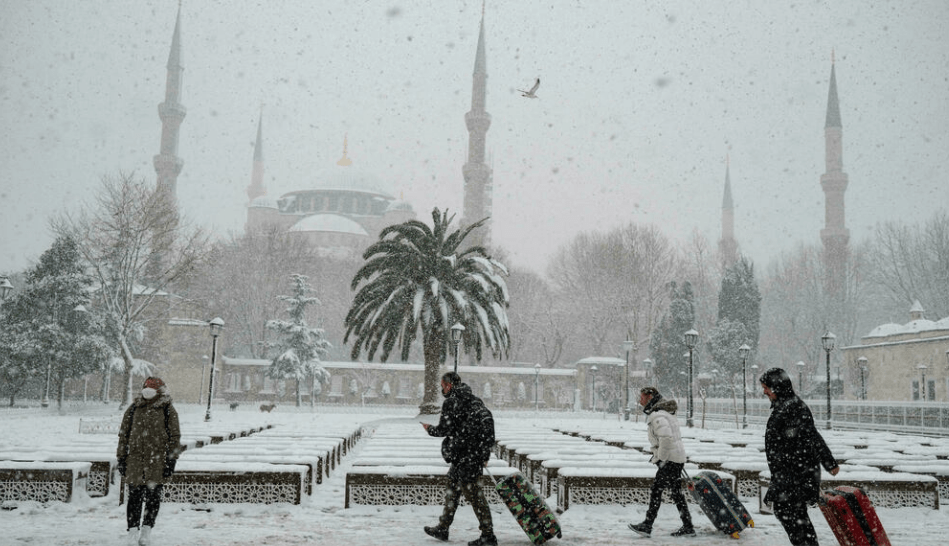 Europe’s busiest airport in Istanbul delayed its reopening on Tuesday as Turkey’s biggest city began digging itself out of a major snowstorm that paralysed traffic and disrupted services.

A blizzard on Monday shut Istanbul Airport down for the first time since it took over from the Ataturk Airport as the new hub for Turkish Airlines in 2019.

It had warned that operations would be suspended throughout the night after grounding to a halt in the early afternoon.

Its press service said Tuesday that flights would not resume until at least 1:00 pm (1000 GMT).

It added that passengers stuck aboard flights after the shutdown was announced had been fully evacuated by nightfall.

The city of 16 million people stood effectively still on Tuesday because of orders for drivers to stay off the streets.

The governor’s office also urged residents who abandoned their cars on highways because traffic had ground to a halt to return and take their vehicles homes.

The closure of Istanbul Airport — where a worker miraculously avoided injury when the roof of one of the cargo terminals collapsed under the snow — grounded flights from the Middle East, Africa, Europe and Asia.

But critics of President Recep Tayyip Erdogan had long questioned his decision to place the airport on a remote patch along the Black Sea coast that is often covered with fog in winter.