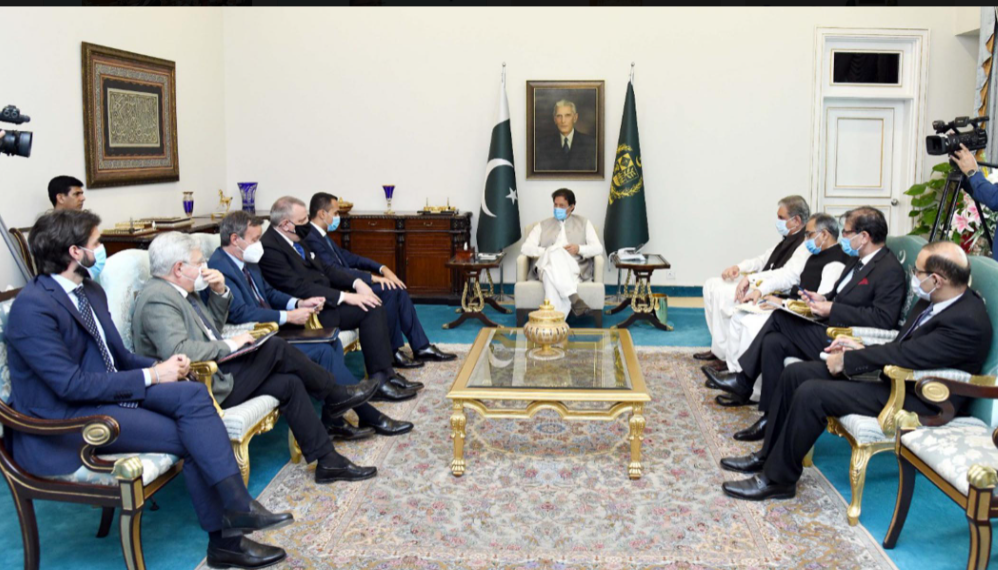 The Prime Minister said that Pakistan had suffered enormously due to protracted conflict and instability in Afghanistan.

“As such, a peaceful, secure and stable Afghanistan was in the best interest of Pakistan as well as regional countries,” PM Khan said.

The Prime Minister noted that, at this critical juncture, it was vital to stabilize the security situation in Afghanistan, take steps to consolidate peace, and preclude any mass exodus of refugees. In this context, preventing humanitarian crisis and stabilizing the economy were the most urgent priorities.

The Prime Minister stressed that the international community must stand in solidarity with the Afghan people, undertake positive engagement, and create incentives for ensuring sustainable peace, stability and economic development in Afghanistan.

In the bilateral context, the Prime Minister stated that Italy was a vital partner for Pakistan and stressed the importance of enhanced collaboration in diverse areas, including trade and investments, defence, and people-to-people contacts. The Prime Minister also highlighted that the large Pakistani diaspora in Italy constituted a strong bridge between the two countries.

Blinken in Doha for Afghan crisis talks with Qatar