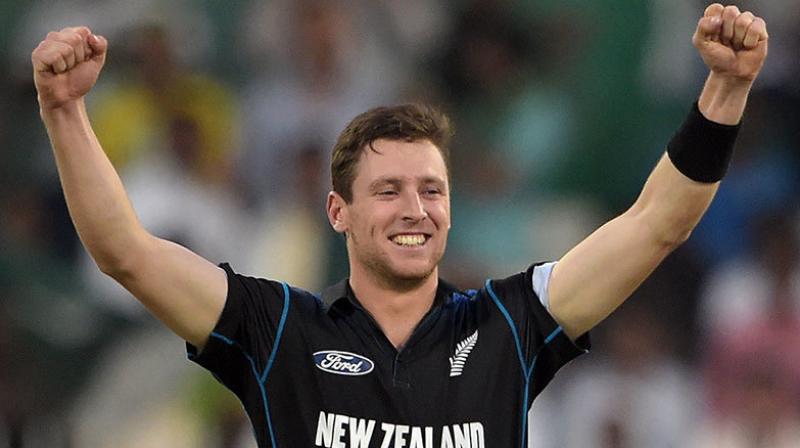 New Zealand bowler Matt Henry is wary of Pakistan’s pace bowling attack, saying that the country has one of the best bowlers in the world currently.

Speaking to The News, Henry said Pakistan cricket team is tough to beat always at home conditions. He spoke about New Zealand’s dismal performance in the Bangladesh series, adding that the team had learned from their mistakes.

“The Pakistan team is an experienced one comparing to what we have got. The team has depth backed by an exciting fast bowling attack,” he said, adding that Pakistan is “lucky to have the services of serious talent in fast bowling,” he said.

He said that the New Zealand cricket team had a lot of youngsters in it who were eager to prove themselves. He said that the conditions in Bangladesh had made the squad “tough.”

Of New Zealand’s preparations for the ICC T20 World Cup, Henry said the Pakistan T20 series would provide an excellent opportunity for his side to learn.

“We have some newcomers who really require such exposure. With more guys joining us for the series, hopefully, we would be in a far better frame of mind to make an impact in the T20 series which would be a great experience for the next month’s T20 World Cup,” he said.

The pacer is also looking to try some Pakistani cuisine and since the Kiwis have come to the country after 18 years, wants to go sightseeing as well.

“We are in isolation at the moment but I am looking forward to having local cuisine of our liking. We have heard a lot about the Pakistan cuisine and would order these once we get out of isolation,” he said.

“I have heard a lot about country’s offering a lot to tourists,” he said when asked whether he will go visit the scenic beauties in Pakistan or not.