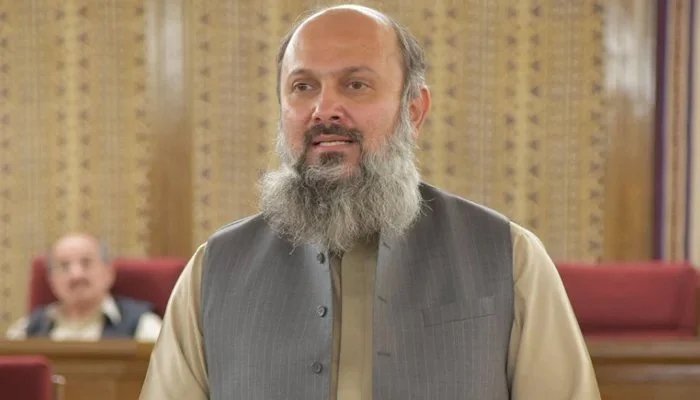 QUETTA: In what is being reported as a major setback for Balochistan Awami Party (BAP) president and Chief Miniter Jam Kamal Khan, a no-confidence motion against him has been passed at the Balochistan Assembly.

Khetran demanded the “release” of the five missing lawmakers, adding that the assembly had lost confidence in Jam Kamal Khan.

“We demand Jam Kamal immediately step down from the post of the chief minister,” Khetran said. “Due to his poor governance, the province had to witness hopelessness, disrepute, and unemployment, while the performance of different departments was also adversely affected.”

Leader of the Opposition in Balochistan Assembly Malik Sikandar Advocate said that the post of the chief minister was an important one as it required people to work exceptionally hard.

“The chief executive is also required to solve the problems of the masses while being on the frontline,” Sikandar said.

“The incumbent must also be able to utilise the national exchequer for the welfare of the masses as per a sound strategy. The responsibility of protecting the constitutional and legal rights of the people is also included in the duties of the chief executive,” Sikandar said.

Sikandar said that the gas supply to the colder regions in Balochistan has been cut off, adding that the chief minister of the province does not pay any attention to these matters.

He wondered how people will trust the chief minister of a province when such matters are not handled with care. Sikandar said people’s live, property and honour were not safe in the province.