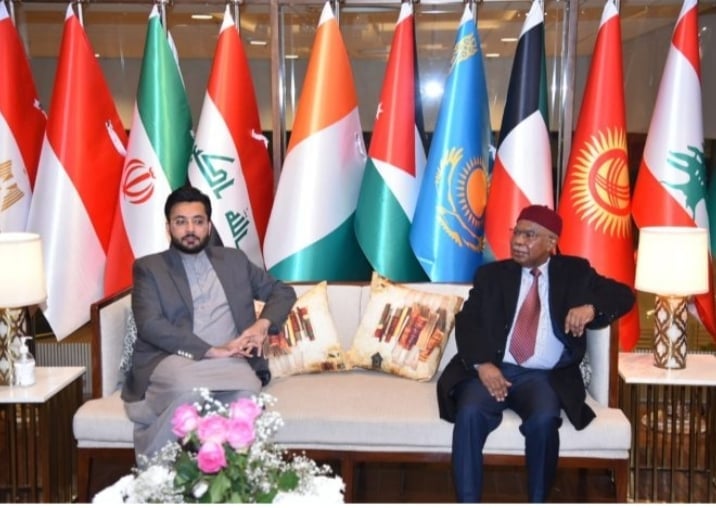 ISLAMABAD, Dec 16 : Secretary-General of the Organization of Islamic Cooperation (OIC) Hissein Brahim Taha Thursday arrived here to attend the 17th Extraordinary Meeting of the OIC Council of Foreign Ministers, being held here on December 19, to discuss the situation in Afghanistan. On his arrival, the secretary-general was given a red carpet welcome as Minister of State for Information and Broadcasting Farrukh Habib warmly received him and his entourage. Talking to media after landing in the capital city, the secretary-general termed the special moot an ‘important’ forum for all the Muslim countries to deliberate and explore ways for helping the people of Afghanistan where a humanitarian crisis was looming over.

He praised Pakistan for providing Muslim countries with an opportunity to deliberate over the initiatives for helping the Afghan people. He also lauded the efforts by Pakistan for evacuating the foreigners who wanted to leave the country after the Taliban takeover after August 15.

The secretary-general expressed the hope that Pakistan would keep playing its role in the future for the betterment of Afghans as it had been doing in the past. State Minister Farrukh Habib said it was a proud moment for Pakistan to host the extraordinary session of the Muslim countries for the people of Afghanistan. He said Pakistan was playing a leading role in the welfare of the people of Afghanistan, hoping for ‘positive outc