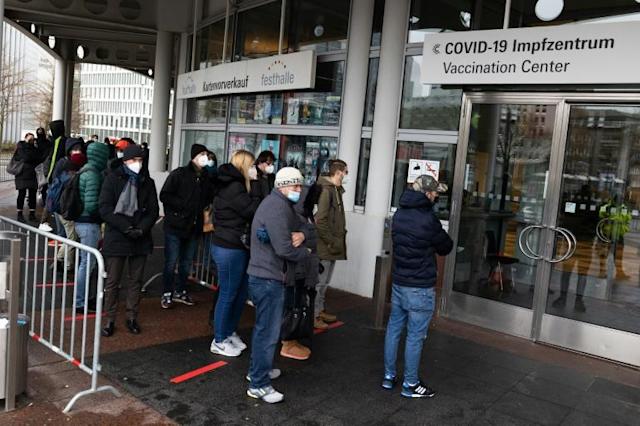 The Omicron coronavirus variant was present in Europe before the first cases were reported in South Africa, new data from the Netherlands showed Tuesday, as Latin America reported its first two cases in Brazil.

In the week since the new virus strain was reported to the World Health Organization by South Africa, dozens of countries around the world have responded with travel restrictions — most targeting southern African nations.

But the World Health Organization warned Tuesday — as Canada expanded its restrictions to also include Egypt and Nigeria — that “blanket” travel bans risked doing more harm than good.

And the likely futility of broad travel restrictions was underscored as Dutch authorities reported that Omicron was present in the country before South Africa officially reported its first cases, on November 25.

The new variant — whose high number of mutations the WHO believes may make it more transmissible or resistant to vaccines — was found in two Dutch test samples from November 19 and 23, with one having no travel history.

With countries now on alert for the Omicron variant, a clearer picture is emerging by the day of where it has been circulating, and for how long.

So far, well over a dozen countries and territories have detected cases, including Australia, Britain, Canada, Hong Kong, Israel, Italy and Portugal.

Among European countries, Belgium and Germany have both reported cases of the new strain prior to November 25, but both linked to foreign travel.

Latin America reported its first two cases Tuesday — in people who traveled from South Africa to Brazil — and a first case was confirmed in Japan, one day after it barred all foreign arrivals.

While much is still unknown about the Omicron variant — it could take weeks to determine whether and to what extent it is vaccine-resistant — it has highlighted that the global fight against Covid-19 is far from over.