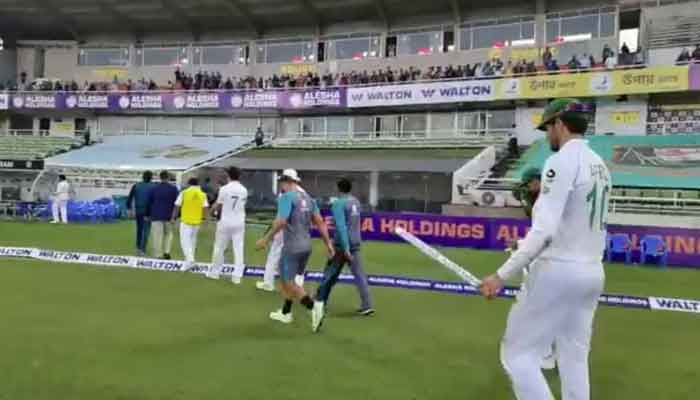 After the second Test match between Pakistan and Bangladesh concluded in Dhaka on December 8, 2021, fans at the Dhaka cricket stadium stood up to give a standing ovation to the Men in Green for their miraculous victory.

Pakistan were able to win the Dhaka Test against Bangladesh by an innings after the hosts were dismissed twice in two days. Right-arm spinner Sajid Khan was instrumental in Pakistan’s winnings, taking 12 wickets in the match.

In the first innings, Sajid Khan ended up with figures of 8/42 before taking four more in the next innings.

A video clip shared by the Pakistan Cricket Board (PCB) on Twitter showed the Men in Green leaving the pitch after winning the game.

However, Bangladeshi fans in the stands stood up to give a standing ovation to the Pakistani team, as they waved in response.