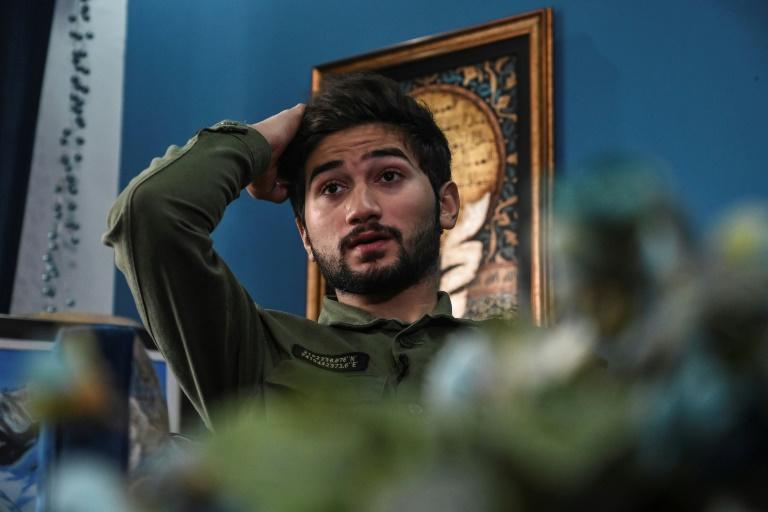 Pakistani mountaineer Shehroze Kashif faced many dangers climbing the planet’s tallest peaks, but his toughest moment came when he passed the corpse of his hero on the savage slopes of K2.

Kashif was 19 years and 138 days old when in July he became the youngest person to summit both Mount Everest, the world’s highest peak, and K2, the second-highest.

It was on K2, just below the infamous stretch known as the Bottleneck, that he passed the bodies of Iceland’s John Snorri, Chile’s Juan Pablo Mohr and Pakistani climbing legend Ali Sadpara.

“The most emotional moment for me was going on past those climbers, the dead body of Pakistan’s national hero,” Kashif told pmc in an interview.

Many Pakistanis have crucial roles as high-altitude porters, but Sadpara was one of the few to break into the elite ranks of mostly Western climbers who have long dominated headlines in mountaineering.

He was declared missing along with Snorri and Mohr on February 5.

It was more than five months before their bodies were found, on July 26, and Kashif made his summit push as dawn broke the next morning.

“I got emotional, thinking that they had come with the same passion I had,” Kashif said.

“But then I thought, why not fulfil their unfulfilled dream? And I took their dream with me.”

Savage Mountain
This month, the Guinness Book of World Records officially declared him the youngest person to climb K2 and the youngest to climb both the world’s two highest mountains.

But the 8,611-metre K2 — known as the “Savage Mountain” and located near Pakistan’s border with China — is the more brutal summit.

They are “poles apart”, Kashif said, calling K2 a “beast”.

In winter, winds can blow at more than 200 kilometres (124 miles) per hour and temperatures can drop to minus 60 degrees Celsius (minus 76 degrees Fahrenheit).

Kashif suffered snow blindness and frostbite — and said he was lucky his big toe was not amputated.

“My energy was too low, it was a difficult time… One wrong step and you are history,” he told AFP from his home in Lahore, the sub-tropical, low-altitude Punjabi city where he was born.

‘Blessings of God’
Kashif was first entranced by the mountains at 11 years old when he spotted the scenic 3,885-metre Himalayan peak Makra while on holiday with his father in northern Pakistan.

“It all started there,” he said.

While standing on top of the world he felt “chosen” — a feeling that he described leaving on the peak, “so others coming behind you can also feel it”.

Now, he said, Everest and K2 are not enough.

He plans to become the youngest person to climb the world’s 14 highest mountains, the only peaks on the planet that are above 8,000 metres.

All lie in Asia, in the Himalayas or the Karakoram range, and five are in Pakistan.

Only around 40 people in history are believed to have climbed all 14. But it can be difficult to verify summit claims and some experts said there could be even fewer.

The youngest is Mingma Gyabu “David” Sherpa, of Nepal, who the Guinness Book of World Records said summited them all by age 30.

He has also climbed Manaslu in Nepal and Broad Peak in Pakistan, the eighth and 12th highest mountains respectively — and has given himself until 2024 to summit the rest.

He is well aware of the dangers.

Pakistan mourned the loss of Sadpara but Kashif also lost a friend, Pakistani-Swiss climber Abdul Waraich, on Everest in May.

Still, he refuses to contemplate an urban life at sea level.

“I think mountains are blessings of God,” he said.

“I feel tired looking at all these concrete buildings, garbage and pollution.

“I just go where I feel most alive, and I feel mountains are the most suitable place for me.”