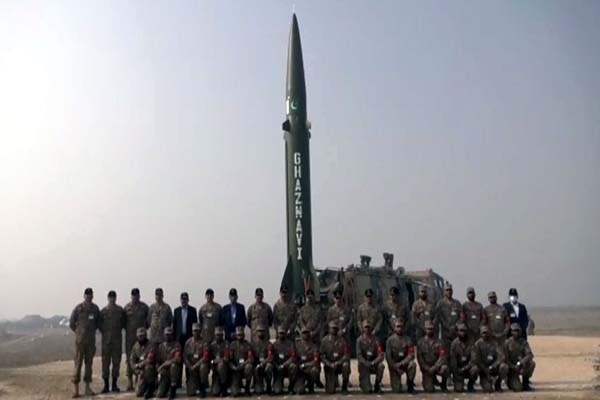 ISLAMABAD: Pakistan on Wednesday conducted a successful training launch of surface to surface ballistic missile Ghaznavi, capable of delivering nuclear and conventional warheads up to a range of 290 kilometers.

The commander of Army Strategic Forces Command appreciated the operational preparedness and display of excellent standard in handling and operating the weapon system.

He also expressed full satisfaction on the training standards of participating troops, attained throughout this training activity.

US ‘disappointed’ as UN court takes up Iran sanctions