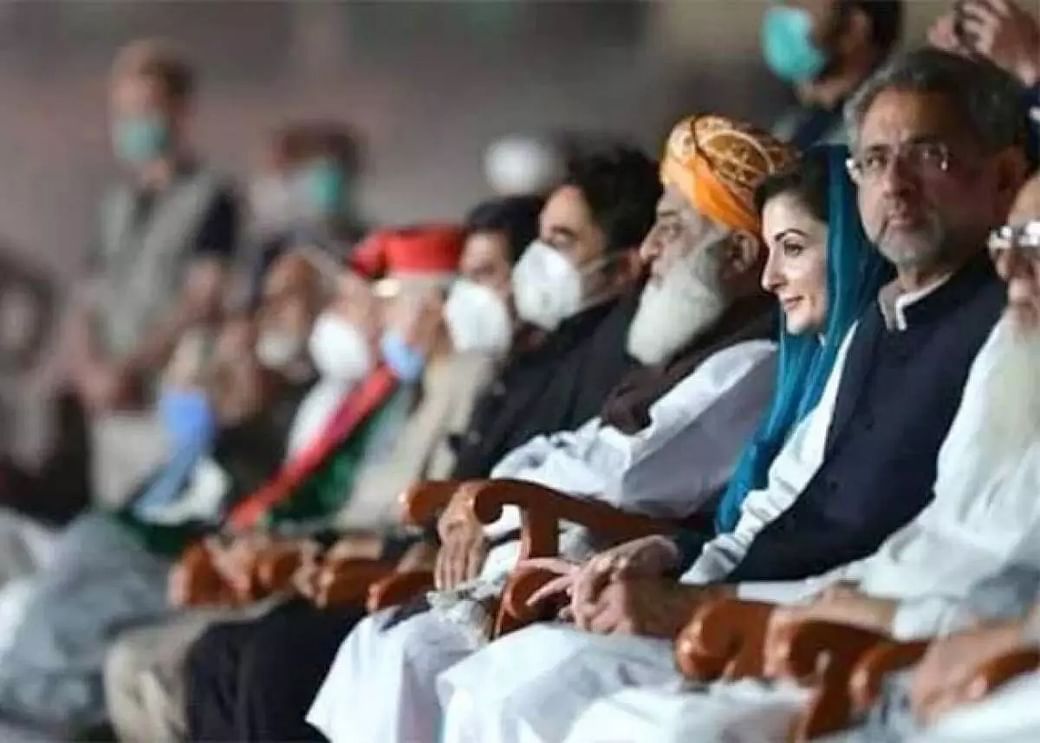 Opposition parties announced the postponement of the much-touted long march against the government over differences between the PPP and the PML-N regarding Nawaz Sharif’s return to Pakistan.

A six-hour-long marathon meeting of the allianc concluded after its failure to agree on the decision of tendering resignations from the parliament, before the start of the oft-delayed Long March.

Maulana Fazalur Rehman, the leader of JUI-F and President of the PDM announced that nine out of eleven parties were in favour of resignations from the parliament before the start of the march. However, he said the Pakistan Peoples Party had “reservations” over the matter and wanted to take up the issue in its meeting of the Central Executive Committee.

“We have given them the chance and we will wait for their decision. Until then, the March 26 long march be considered postponed,” Maulana Fazalur Rehman said and left the press conference, despite being asked by Maryam to respond to questions.

A visibly shaken Maryam Nawaz Sharif, Vice President of the PMLN said she cannot endanger her father’s life by asking him to return. “No one has the right to ask him to be here,” she said and added that she wanted her father to live.

Mohammad Nawaz Sharif who was undergoing a sentence was allowed by the PTI government to travel to London for “urgent medical treatment” in November 2019, however, since then he neither had any treatment there nor returned to the country, despite a surety bond by his brother Shahbaz Sharif. He has since been declared an absconder.

Earlier Asif Ali Zardari in his virtual address to the meeting had asked the former Prime Minister Nawaz Sharif to return to Pakistan and said that he has to understand that to lead the march, all the leadership might have to end up in jail. Sources said Zardari said that his party would hand over the resignations when Nawaz Sharif returns.

Zardari earlier at a public speech in Garhi Khuda Bux had sent a cryptic message to the PDM alliance – “listen to us … learn from us”, advice not taken by the PDM leadership, which wanted to micromanage the campaign to oust the sitting PTI government.

The PML-N Vice President Maryam Nawaz said her party has millions of followers and no one wants to put the life of Nawaz Sharif in danger. She said her party would continue to seek his advice and guidance and follow his vision.

Former prime minister Syed Yusuf Raza Gilani said his party has asked for time from the PDM to ponder over the demand for tendering resignations and added that in the last CEC the party had decided to follow the parliamentary way.