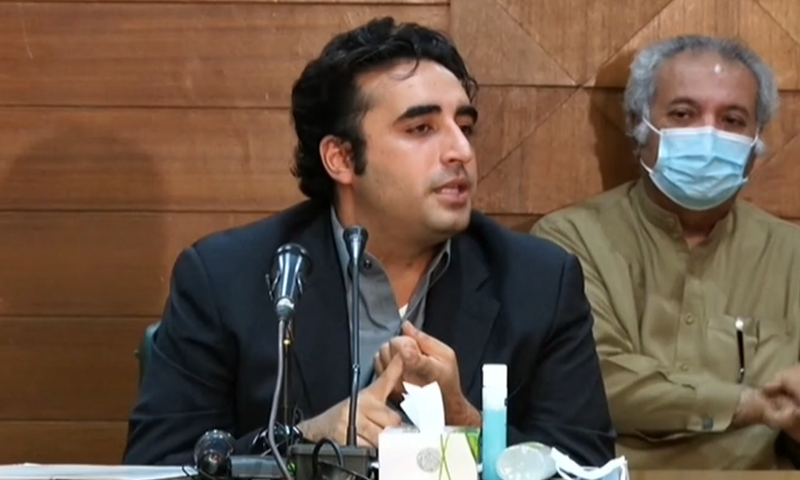 ISLAMABAD: PPP chairman Bilawal Bhutto Zardari has said that minorities have become more insecure during this ineligible government of the selected Prime Minister.

On the occasion of National Minorities Day, Bilawal in his message that the Pakistani society could not afford to see daily attacks on places of worship belonging to the minorities. Unfortunately, the sitting PM Imran Ahmed Khan Niazi has a very soft corner in his heart for the banned terrorist outfits and has failed to check the misuse of certain laws that regulate religious beliefs and thoughts. The PM has played a role of sheer spectator.

Bilawal said that PPP pioneered the promotion of the religious harmony and brotherhood in the country.

He reminded that the former President Asif Ali Zardari had in light of the speech of founder of Pakistan Muhammad Ali Jinnah in the Legislative Assembly he delivered on August 11, 1947, declared August 11 as the National Day of Minorities. The sole purpose of declaring August 11 was to make sure that “our brothers and sisters belonging to Minorities should be regarded for their equal contribution in nation building.
He said that Quaid-e Azam Muhammad Ali Jinnah’s August 11, 1947 speech was the spirit of the 1973 constitution, which guaranteed equal rights to minorities.”

Bilawal Bhutto Zardari said that the unanimously passed 1973 constitution by the country’s first elected Prime Minister Shaheed Zulfikar Ali Bhutto was a precious gift to the nation on which the nation will always remain proud.

The PPP chief said that Shaheed Mohtarma Benazir Bhutto had also pioneered a separate ministry for the solution, welfare and development of minorities. He added, “It’s the Hallmark of the PPP to Protect every right of minorities.”

“It is an unchangeable part of the PPP’s manifesto, he assured.

Bilawal Bhutto Zardari assured the minorities that the PPP would continue its struggle at all levels and forums to protect their rights and empower them.

He emphasised that the National Minority Day is an opportunity to renew our commitment today that we as a nation shall play our dedicated role for the inter-faith peace, tranquility and harmony.