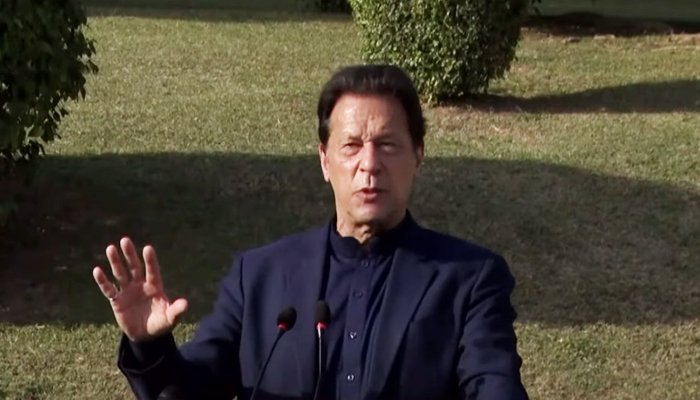 ISLAMABAD: Prime Minister Imran Khan on Wednesday lashed out at the Election Commission of Pakistan (ECP), terming their response to the government’s demand to hold elections via the use of Electronic Voting Machines (EVMs) as “strange”.

The prime minsiter was addressing members of the parliament during which he said the ECP has “no business” speaking about the EVMs.

“They provided strange reasons: What if there is no electricity in Balochistan, what if this happens, what if that happens,” the premier said, quoting ECP officials.

“Do they know what happens in the [traditional mode] of elections? Ballot papers are double stamped; the results arrive after 24 hours,” he said.

He defended the use of the EVMs.

“As soon as the elections are over, the result is in front of you. If someone wants to verify the [results], then they can check the paper trail,” the prime minister said, citing the benefits of EVMs.

The prime minister said that Pakistan has so far failed at holding free and fair elections over the past 50 years. He said it was shameful how videos of PTI MPAs had emerged, a few years ago, in which they could be seen pocketing cash in exchange for their votes in the Senate elections.

“Videos surfaced showing money being distributed [for horse-trading]. This is how low our moral standards have fallen. Public representatives are seen putting money in their bags, while the election commission and the government look on silently.”

“And nothing happened, no action was taken,” said the prime minister.

The prime minister said that the ECP had also maintained the secrecy of the vote in the last Senate elections, saying that parliamentarians have always sold themselves for money during the elections for the Upper House.