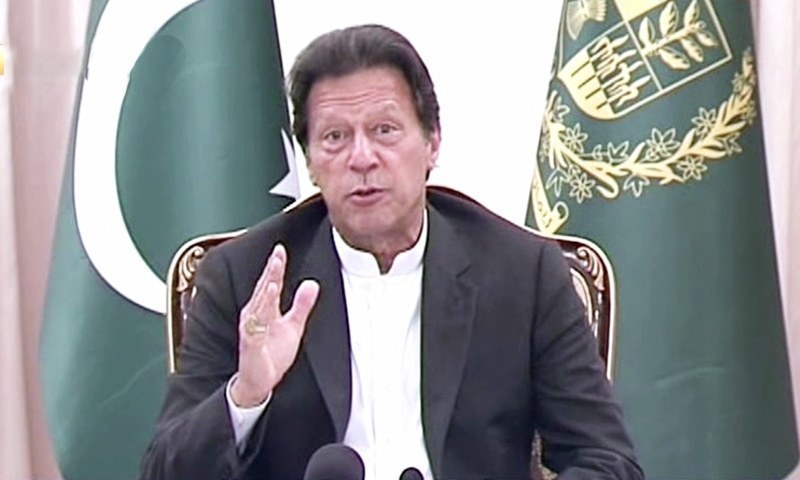 Prime Minister Imran Khan will address the nation today and take it into confidence over the secretive deal it has struck with the proscribed Tehreek-e-Labbaik Pakistan (TLP).

Minister for Information and Broadcasting Fawad Chaudhry told media Tuesday that the prime minister will speak to the nation about economy, politics, security and the prevailing situation in the country.

The information minister had said the premier would announce a package for the masses in the address.

The government and the TLP had reached a deal, Mufti Muneeb ur Rehman had confirmed a few days ago during a live press conference, saying that the TLP had never demanded the ambassador of France be expelled from the country.

The government has released hundreds of activists of banned Tehreek-e-Labbak Pakistan (TLP) in line with a confidential agreement it had signed with the protesting religious group on Sunday.

According to credible reports, the government has already taken steps to implement the deal which is yet to be made public.

TLP chief Saad Rizvi will also be freed as per the agreement.

Implementation of the agreement started after a Monday meeting of the steering committee formed by Prime Minister Imran Khan to work out how the deal would be executed.

Federal Minister Ali Mohammad Khan chaired the meeting. It was attended by Punjab’s Minister for Law Raja Basharat, secretaries of the federal interior ministry, additional chief secretary of the Punjab Home Department, other officials, as well as some members of the TLP.

According to the Punjab Home Department, 860 persons who were not facing any formal charges have been released across Punjab.

The meeting also decided to withdraw its appeal filed against the release of TLP leader Saad Rizvi. The government had earlier challenged the order of a Lahore High Court (LHC) bench regarding Rizvi’s release.

Saylani Welfare Trust Chairman Maulana Bashir Farooqui, who was present during negotiations between the TLP and the government, said the agreement cannot be made public before the 10th day of the deal, even as he assured that its contents “do not go against the national interest”.

News of an agreement between the government and TLP was announced Sunday in a sombre press conference hosted by officials from the PTI government’s negotiating team.