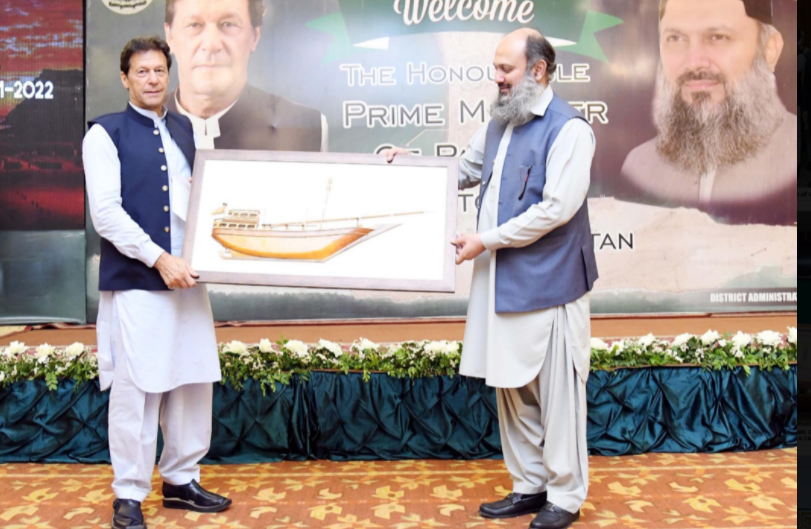 Prime Minister Imran Khan Monday said that he was mulling to talk to those few elements in Balochistan who were either driven by their grudges or exploited by India, in the past, to spread anarchy in the country.

Addressing a gathering of elders of the area here, the prime minister further said that he was considering to talk to those elements who felt estranged or misused by other countries…India, in the past, to spread anarchy. But, now the situation was completely changed.

The prime minister regretting past rulers’ persistent negligence towards Balochistan province, assured that the federal government would enhance its contribution for the development of the province every year.

He decried that the past rulers had prioritized their political objectives, always treating the development and progress of the backward Balochistan province as their backburner.

“They did not pay attention to Balochistan province and focused solely to become prime minister of the country. They preferred to live in London and spend time during summer season,” the prime minister said in apparent reference to former prime minister Mian Muhammad Nawaz Sharif.

The prime minister said Nawaz Sharif paid 24 trips to the United Kingdom out of which 23 were private trips. He did not bother to come to Balochsitan whereas Zardari had been to Dubai for 51 times.

The prime minister further said that the one who thought of Pakistan would always think of its backward areas and Balochistan province.

Instead, the previous ruling elite focused on winning elections and preferred to contest from Faisalabad with multiple constituencies instead coming to Balochistan, he said, adding that due to their personal objectives, different areas like the merged tribal areas and Balochistan lagged behind in terms of progress and prosperity.

“It was our great misfortune. If they had paid attention to the whole country, they might continue as rulers of the country,” he observed.

The prime minister said the country could achieve progress when there was simultaneous and uniform progress throughout the country.

The residents of Balochistan province felt a sense of deprivation due to continuous neglect, he said, adding moreover, neither the center nor the political leadership of the province, in the past, paid attention to the plight of people, leading to widespread sense of deprivation.

The incumbent federal government, the prime minister said, had announced the biggest uplift package to the province because they felt that injustice was done with the people of Balochistan. They would increase the federal government’s contribution towards Balochistan province every year with increase in their financial resources, he added.

He said that the government was focusing on Gwadar uplift with string of development projects, including setting up of desalination plant and construction of 300 bed teaching hospital.

To fully protect the fishermen and improve their conditions, Rs10 billion was allocated under Kamyab Jawan programme and out of which so far, Rs5 billion had been spent.

About the construction of low-cost housing units, the prime minister said, they had received a total of 4,000 applications from the area and had identified 200 acres of land over which initially 2,500 houses would be constructed.

The prime minister further said that Ehsaas scholarships would be given to 4,698 young people of the province.

Moreover, the government was committed to provide 3G and 4G internet connectivity throughout the province which would create huge jobs opportunity to all, especially to the womenfolk.

He said China Pakistan Economic Corridor (CPEC) would bring biggest benefits to the people of Balochistan and inhabitants of Gwadar.

The prime minister said there was complete ban on illegal fishing through big trawlers.

Taliban on outskirts of Afghan capital