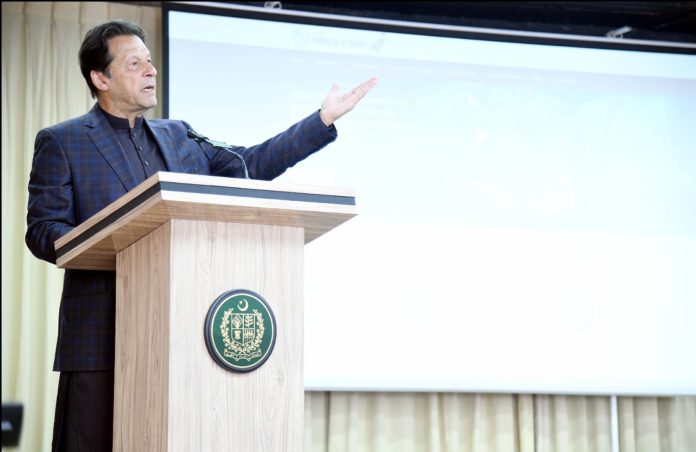 Prime Minister Imran Khan Thursday launched a portal for overseas Pakistanis to enable them digitally apply and obtain their power of attorney which otherwise required them to travel to Pakistan.

Addressing the launching ceremony, the prime minister said that earlier, around 75,000 expatriates had to travel to Pakistan for the purpose and go through a cumbersome process of verifying the power of attorney.

In this regard, a Memorandum of Understanding was also signed between the Ministry of Foreign Affairs and the National Database and Registration Authority (NADRA) which was also witnessed by the prime minister.

The automation of attestation of Power of Attorney has been a longstanding demand of the Overseas Pakistanis and will facilitate those who have to travel long distances from different cities and far-off places to the Missions.

He told the gathering that the process of developing the portal for digital verification of power of attorney was initiated after an overseas Pakistani from Greece highlighted the issue. He also suggested the government digitalize the process to make the lives of overseas Pakistanis easier, he added.

The prime minister repeatedly lauded the nine million overseas Pakistanis for their contribution to support the national economy by sending $30 billion in remittances.

He said his government had earlier launched a succession certificate facility for the overseas Pakistanis and reiterated his government’s resolve to keep facilitating them as they were the biggest asset.

The digital portal, initially being launched in 10 countries, will be linked up with NADRA’s database and to be further extended to all embassies and consulates abroad.