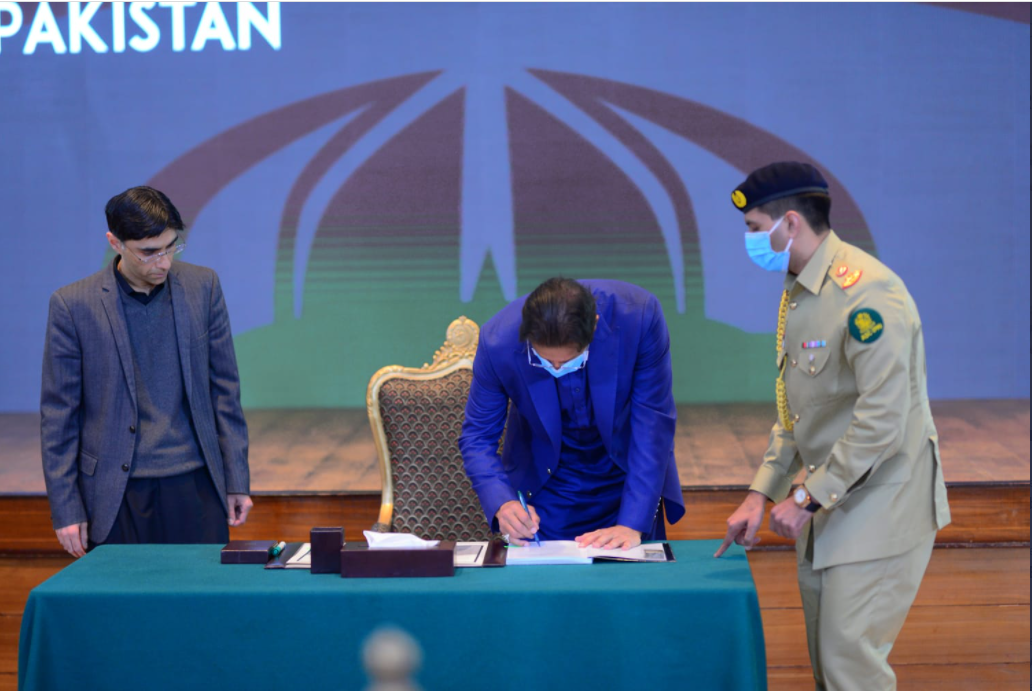 “Inclusive growth means not only to uplift the poor people but also the neglected areas… (In such case) every common man becomes a stakeholder to protect the state… The biggest security is when people stand behind state for its protection,” the prime minister said addressing the launching ceremony of the public version of the otherwise secret document.

The prime minister, who earlier signed the historic document, appreciated the National Security Division for formulating a policy based on the consensus of the whole state and defining the national security in a “right manner”.

First of its kind in Pakistan’s history, the National Security policy articulates a citizen-centric framework, placing economic security at its core and seeking a secure and economically resilient Pakistan. The formulation process of the policy includes multiple consultations with official stakeholders including federal ministers, 120 experts, 300 students, and 600 people from all walks of life.

The prime minister emphasized that our armed forces were our pride and glued the nation together. Given the threats we face in the region, and the growing threat of hybrid warfare, they would continue to receive even greater support and importance.

He also highlighted the importance of the policy’s successful implementation and announced that the National Security Committee (NSC) will regularly review progress.