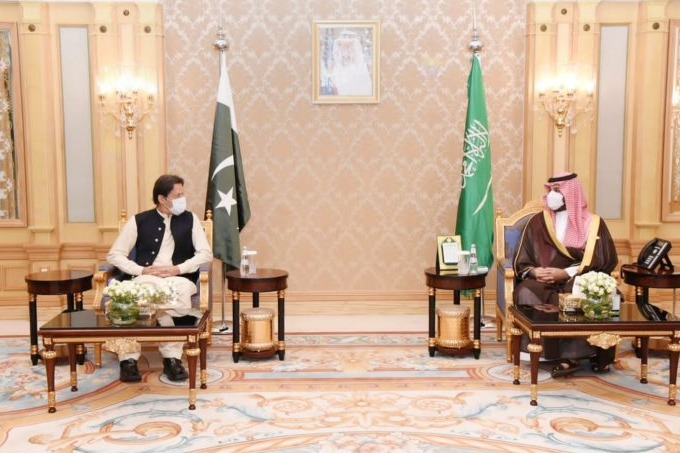 The Prime Minister reaffirmed Pakistan’s deep fraternal relations with Saudi Arabia and highlighted the significance Pakistan attached to its strategic ties with the Kingdom. The Prime Minister also expressed gratitude to Saudi Arabia for its steadfast support to Pakistan at every crucial juncture. The two leaders agreed to further strengthen bilateral cooperation across all fields.

On the latest developments in Afghanistan, the Prime Minister stressed the importance of active and constructive engagement of the international community to help alleviate the sufferings of the Afghan people. He expressed concern about the deteriorating humanitarian situation in Afghanistan and hoped that the international community would take urgent steps to prevent a humanitarian crisis and economic collapse in Afghanistan. The two leaders agreed to closely coordinate efforts to address these challenges.

Pakistan and Saudi Arabia are bound in a fraternal relationship marked by mutual trust and understanding, close cooperation, and an abiding tradition of supporting each other. This is the second visit of the Prime Minister to Saudi Arabia this year. He earlier visited the Kingdom in May 2021.

Erdogan steps back from threat to expel Western envoys