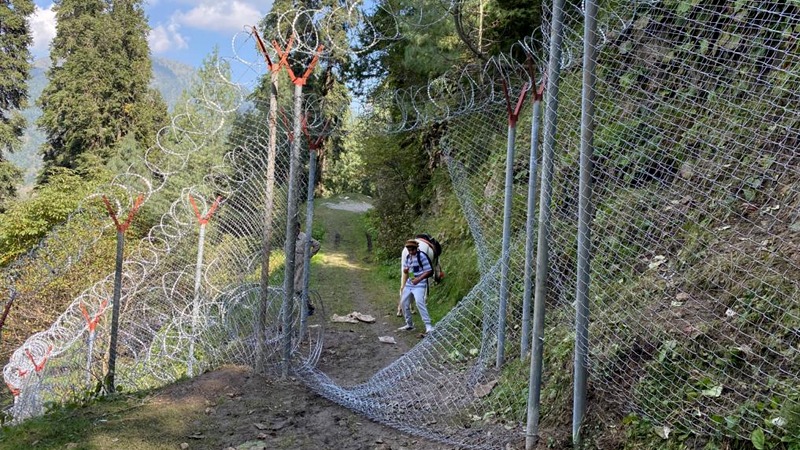 ISLAMABAD: The fencing of popular walk in scenic Nathiagali with barbed wire has caused an uproar on social media in Pakistan.

The steel fence is being installed near the governor house.

The fence crosses, and blocks, a nature trail from Green Spot Road (near PAF base) towards the governor house, people have complained.

The fence will not only close off the path for tourists but will also disrupt the wildlife’s natural path, they say.

According to reports, the government is extending the fence due to security concerns.

People have even lodged a complaint on the Citizen Portal and have demanded that the installation of the fence should be communicated to the prime minister and he should decide if this is necessary.

When contacted by SAMAA Digital, the KP government officials said that the 76 canals area that belonged to the governor house was being fenced. They said the fence was not being installed outside the designated governor house boundaries.

Truth about Nathia Gali fence:
1. Fence is only to ward off illegal encroachments
2. Walking trail hasn’t been closed, but secured with gates and guards which will provide security to any trail users (especially women and kids)

The Galliat Development Authority has closed the complaint filed on the Citizen Portal saying that the relief can not be granted.

The authority said that the fencing was approved by the JKP government on the recommendation of prime minister’s security and Nathia Gali Governor House.

The fencing is being done by the Frontier Works Organization also known as FWO on the land that belongs to the governor house and GDA has no role in it.