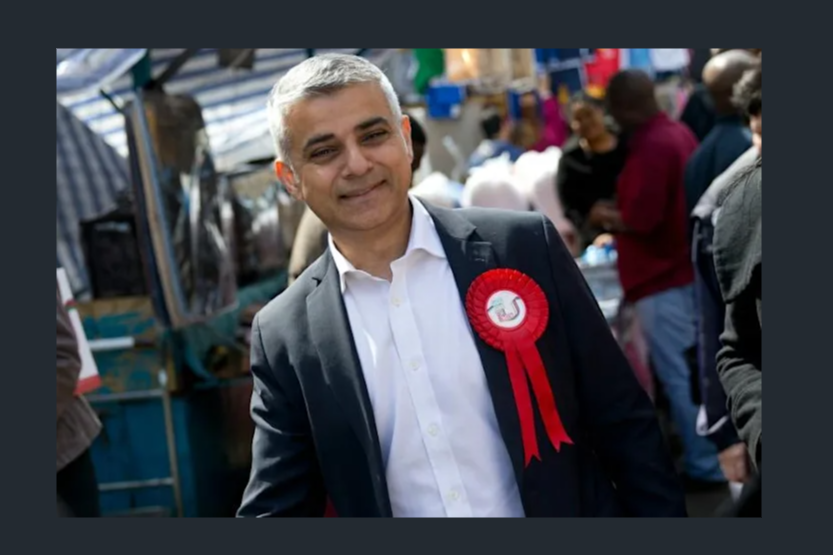 London Mayor Sadiq Khan, who won re-election Saturday, has risen from humble roots to spar with prime ministers and presidents since taking charge of the British capital five years ago.

The 50-year-old politician from the main opposition Labour party, a former human rights lawyer brought up on a London public housing complex, won a second stint at City Hall with victory over Conservative rival Shaun Bailey.

This continues a remarkable journey for the Pakistani immigrant bus driver’s son, who became the first Muslim mayor of a Western capital when initially elected in 2016.

He has made a name for himself as a vocal critic of Brexit and successive Conservative prime ministers, including his mayoral predecessor Boris Johnson, as well as for a feud with former US president Donald Trump.

The pair became embroiled in an extraordinary war of words, after Khan criticised Trump’s controversial travel ban on people from certain Muslim countries.

In a series of bizarre attacks, Trump accused Khan of doing a “very bad job on terrorism” and called him a “stone cold loser” and a “national disgrace”.

The mayor in turn allowed an infamous blimp of Trump dressed as a baby in a nappy to fly above protests in Parliament Square during his 2018 visit to Britain.

“He once called me a stone cold loser. Only one of us is a loser, and it’s not me,” a typically combative Khan told AFP as he campaigned ahead of Thursday’s poll.

Born in London in 1970 to parents who had recently arrived from Pakistan, Khan was the fifth child out of seven brothers and one sister.

He grew up in public housing in Tooting, an ethnically mixed residential area in south London, and slept in a bunkbed until he was 24.

His modest background plays well in a city that is proud of its diversity and loves a self-made success story.

In his victory speech on Saturday, Khan described himself as “a Londoner through and through”.

“I grew up on a council estate, a working class boy, a child of immigrants, but I’m now the Mayor of London,” he said.

Khan still regularly recalls how his father drove one of London’s famous red buses, and his mother was a seamstress. One of his brothers is a motor mechanic.

He is a handy boxer, having learnt the sport to defend himself in the streets against those who hurled racist abuse at him, and two of his brothers are boxing coaches. He also ran the London Marathon in 2014.

At school, he wanted to study science and become a dentist. But a teacher spotted his gift for verbal sparring and directed him towards law.

He gained a law degree from the University of North London and started out as a trainee lawyer in 1994 at the Christian Fisher legal firm, where he was eventually made a partner.

He represented Louis Farrakhan, leader of the Nation of Islam movement, and Babar Ahmad, a mosque acquaintance who was jailed in the United States after admitting providing support to the Taliban regime in Afghanistan.

He became a local councillor for Tooting in the Conservative-dominated Wandsworth local borough in 1994, and its member of parliament in 2005.

He still lives in the area with his lawyer wife Saadiya and their two teenage daughters.

Then prime minister Gordon Brown made him the communities minister in 2008 and he later served as transport minister, becoming the first Muslim minister to attend Cabinet meetings.

In parliament, he voted for gay marriage — which earned him death threats.

As mayor, he vowed to focus on providing affordable homes for Londoners and freezing transport fares, but — like many in power around the world — saw his agenda engulfed by the pandemic.

Khan has said his priority for a second term will be “jobs, jobs, jobs” as he bids to keep London on its perch as a top world city while tackling the crisis and the fallout from Brexit, which could threaten the capital’s vital financial sector.

He is London’s third mayor after Labour’s Ken Livingstone (2000-2008) and Johnson (2008-2016), with widespread speculation he could try to follow in his predecessor’s footsteps to Downing Street.

Khan predicts Britain will have a Muslim prime minister “in the not-too-distant future” but insists it will not be him.

“As long as Londoners continue to trust me to be their mayor, I’m currently in this job,” he told AFP.

Babar Azam voted ICC Player of the Month for April 2021