“No praise would be enough for the innings Haris played as he made the difference. In a tight situation and in only his second match of the tournament, Haris played a gem of an innings. He batted like Jos Buttler of England. He looked hungry and his body language was very positive right from start of his innings,” Sarfaraz wrote in his blog to PCB.

This brings to mind the question as to why we had dropped Haris after the first game?

It was because we wanted to play with a particular combination. He has a very wise head on his shoulders that helps him to construct his innings and accelerate at the right time with clean and precise hitting. It is just unfortunate that his career has been marred by injuries. I hope this innings will now give his career the deserving lift and more importantly, the recognition. 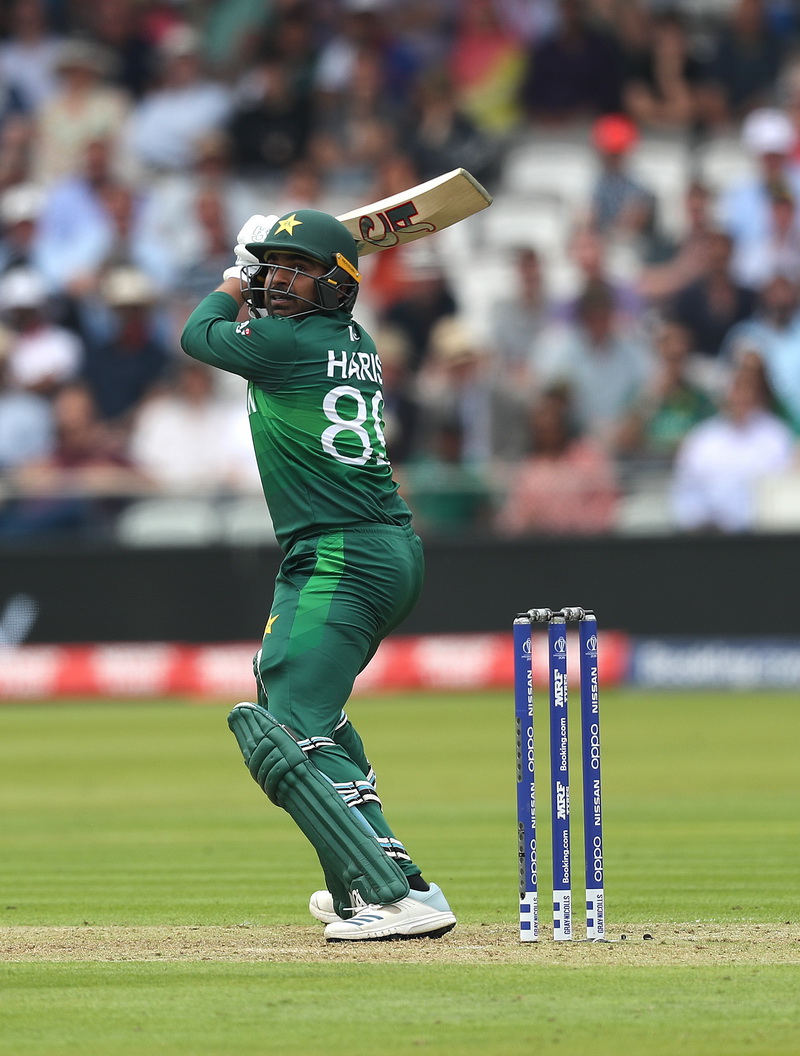 We lose as one team and we win as one team. This has been the mantra of the Pakistan cricket team.

The win over South Africa was a result of a complete team effort. We badly needed a positive following a difficult last week when our below-par performance against India was followed by severe criticism, some justified and some unjustified. We had made mistakes in Manchester, so all criticism from a cricket perspective was justified, taken positively and in our stride.

We sat together, analysed our performance and decided to look ahead. We talked through our mistakes and expressed determination not to repeat them.

With that positive mindset, we arrived at Lord’s. What to say about the venue, which itself is very inspiring.

We won a good toss on a pitch that wasn’t easy to bat on as it was double-paced but dry from beneath. Imam-ul-Haq and Fakhar Zaman provided us a solid and worthy stand of 81 runs. Then, Babar Azam and Haris Sohail strengthened the innings with an 81-run fourth wicket stand before Haris and Imad Wasim finished it with a flourish, adding 71 runs for the fifth wicket that allowed Pakistan to collect 91 runs in the last 10 overs..

We put up a good total on the board and knew we needed early wickets to put pressure on South Africa. We knew Shadab Khan would come into the equation as Imran Tahir had also got grip from the pitch.

Mohammad Amir picked up Hashim Amla very early in the innings and though Quinton de Kock and Faf du Plessis added 87 runs for the second wicket, we kept them in check.

Shadab once again proved why he is a champion bowler when he accounted for de Kock and Aiden Markram, before Amir returned to dismiss du Plessis and move to the top of the bowlers’ chart with Jofra Archer and Mitchell Starc. Wahab Riaz, with his pace and controlled swing, destroyed the lower-order to finish off the good work that was started earlier in the day by the batsmen.

Fielding has been a worry. We have to lift it tremendously. We dropped too many catches against South Africa, some straightforward and some half-chances. So, over the next few days, we are going to intensify our extra drills and try to improve our ground and aerial fielding.

Our next opponent is New Zealand. We know they are a dangerous side, so we have to improve our Lord’s performance, set a platform in batting, take early wickets in bowling and hold catches. That will set the tone.

Our win is not an answer to the critics. We are here to play cricket and, like any other side, believe we can win the World Cup. We always do our best effort on Wednesday and all the remaining matches.