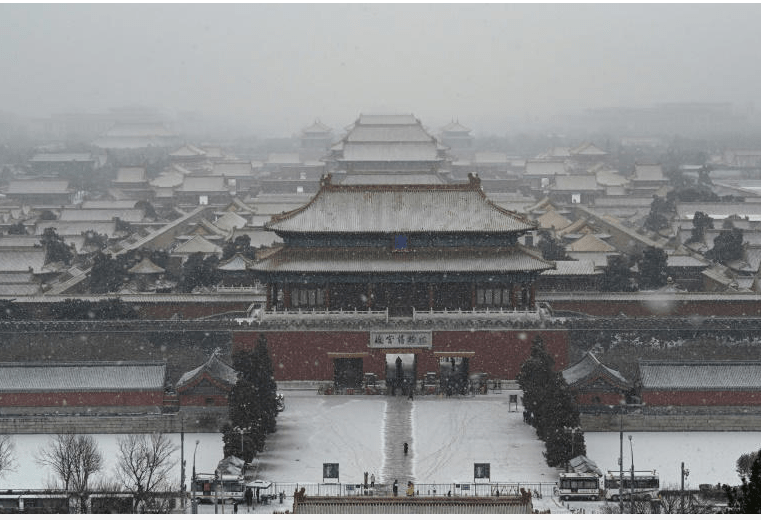 Beijing was hit by a blanket of snow Thursday, as the Winter Olympics countdown clocked two weeks until the Chinese capital hosts the sporting extravaganza.

Temperatures fell below minus nine degrees Celsius (15 degrees Fahrenheit) as commuters struggled to work Thursday morning, with snow dusting roads, buildings, and Olympics venues across the megacity of nearly 22 million.

Although temperatures in Beijing regularly drop well below freezing in the winter months, the city is very dry which makes snowfall unusual.

The Beijing Games, which start on February 4, will depend almost entirely on artificial snow.

The venues use automated snow-making systems that monitor air temperature and humidity to maximise production.

Organisers at the Winter Olympics say the snow makers are powered by renewable energy and will not damage mountain ecosystems, while the water they use will return to local reservoirs as the snow melts in spring.

But experts say the reliance on man-made snow undermines Beijing’s pledge to hold a “green” Games.

In January last year, temperatures in the Chinese capital plunged to their lowest level for more than five decades — but without any snow and little ice.

Ahead of the Beijing Games, the government has been keen to promote winter sports, with huge construction of snow resorts leading to millions of fresh devotees.

Biden says ‘not time to give up’ on Iran nuclear talks