24 arrested for groping TikToker at Minar-e-Pakistan 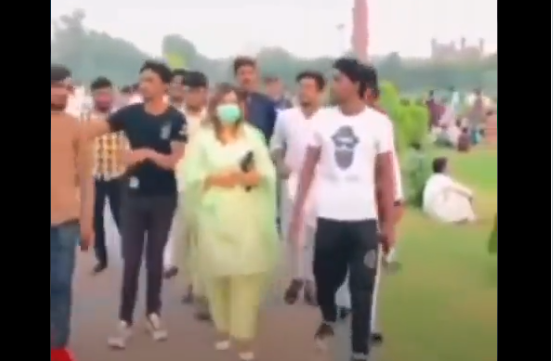 Federal Human Rights Minister Shireen Mazari has said that 24 people have been arrested in connection with the Minar-e-Pakistan incident which left the nation shocked and angry.

She said that more arrests are expected today.’ “On issue of police negligence/failure IG ordered inquiry is underway by Add IG,” added the minister.

The arrest came three days after videos of a TikToker being molested and groped at Minar-e-Pakistan during Independence Day celebrations went viral on social media.

Prime Minister Imran Khan and Punjab Chief Minister Usman Buzdar took notice of the incident and directed police to apprehend all those involved in the crime.

Lahore Police had on Tuesday filed an FIR against hundreds of unidentified men for sexually assaulting and stealing from the woman.

While the incident took place on 14 August, a video of the woman being surrounded, attacked and groped by hundreds of men began circulating on social media Tuesday under the hashtag #MinarePakistan, as Pakistanis expressed their shock and anger.