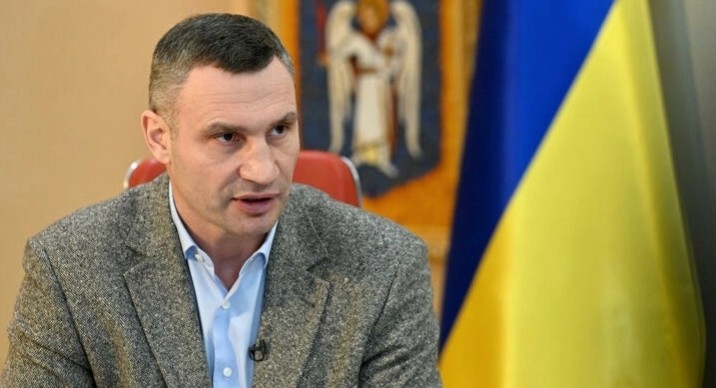 Even before Russia invaded, former world heavyweight boxing champion Vitali Klitschko, the current mayor of Kyiv, told PMC he was “ready to take up arms”.

“I go to a shooting range. I can fire almost any weapon,” said the giant of a man, who played a leading role in the 2014 Maidan protests.

‘I don’t want to kill’
Reigning world heavyweight champion Oleksandr Usyk’s thoughts at the beginning of the year were of defending his title in a rematch with Britain’s Anthony Joshua — instead he is now back in Ukraine to defend his family.

Usyk, who returned to the country as soon as the invasion began, said he was “defending my home, my wife, my children, my close ones” in an interview with CNN from the basement of his home in the Kyiv area.

The 34-year-old posted a picture of himself in a military uniform with a rifle slung across his shoulder on his Facebook page.

Top seed women’s player Elina Svitolina made her feelings known by threatening to boycott a game against Russia’s Anastasia Potapova in Monterrey this week.

In the end, she played and won the game, wearing a yellow top and blue skirt, the colours of the Ukrainian flag.

We ask all (the) world football community to oppose Russian propaganda, to show and tell the truth about war in Ukraine,” said the Manchester City midfielder and West Ham winger in a video with 11 other top players.

The Ukrainian Football Association said an appeal by players had raised half a million euros ($556,649) for the army.

Russia has been barred from international football by FIFA and UEFA over the invasion, including the 2022 World Cup.

Biathlete killed in battle
A young Ukrainian biathlete has already been killed while serving in the military, the International Biathlon Union said.

Dmytro Pidruchnyi, a world pursuit champion in 2019, is also preparing for combat.

In photos posted on social media, he says he has joined the national guard in the western Ukrainian city of Ternopil.

Two years into the pandemic, is the end in sight?