US, Russian Foreign Ministers To Hold Talks On Ukraine 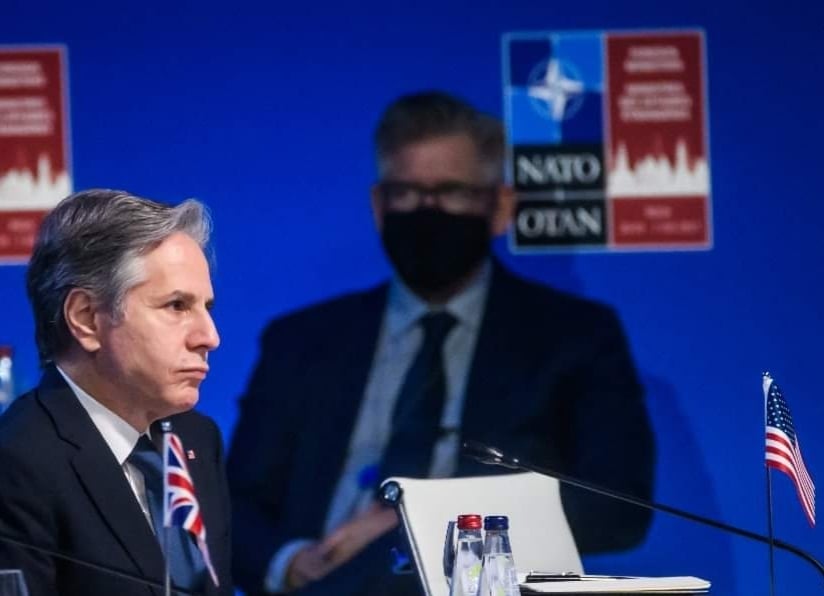 US diplomatic chief Antony Blinken will meet his Russian counterpart Sergei Lavrov in Stockholm on Thursday amid renewed military tensions on the border between Russia and Ukraine, a United States official said Wednesday.

The US Secretary of State will hold talks with Lavrov on the sidelines of a meeting of the Organization for Security and Co-operation in Europe (OSCE) after meeting Ukraine’s foreign minister Dmytro Kuleba.

Blinken was in the Latvian capital Riga on Wednesday where a meeting of NATO foreign ministers focused largely on tensions over Russia’s military build-up along Ukraine’s border.

Also in Riga on Wednesday, Ukraine’s Kuleba called on the North Atlantic Treaty Organization for a “deterrence package” to stop Russia launching an invasion of his country.

NATO has been discussing how react to a military build-up by Moscow close to Ukraine’s border amid fears from Western nations that Russian President Vladimir Putin could be planning an incursion.

NATO chief Jens Stoltenberg warned after talks among allies on Tuesday that Russia would face a “high price” if it launches an operation against Ukraine and said alliance members could impose sanctions.

NATO itself does not decide on sanctions.

Ukraine, which has seen its push to join the US-led bloc stall, has been receiving increased military support from NATO allies.

Moscow, which seized Crimea from Ukraine in 2014 and backs separatists fighting Kiev, has strongly denied it is currently plotting an attack and blames NATO for fuelling tensions.