US welcomes ‘clear commitment’ from Turkey to secure Kabul airport 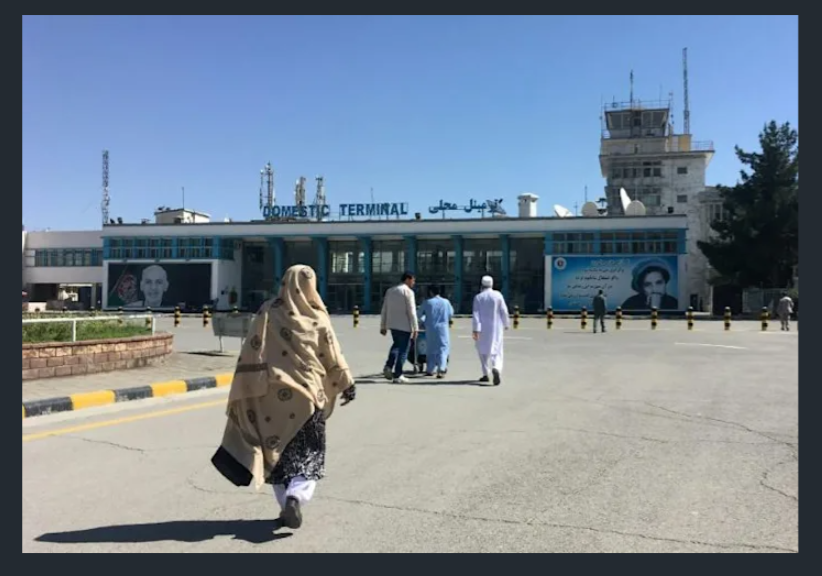 The United States on Thursday hailed a commitment by Turkey to secure Kabul’s airport, addressing one key area of concern amid fears the government will collapse once US forces leave.

The agreement is likely to mark a new warming of US relations with Turkey, a NATO ally whose relations had been fraught with President Joe Biden’s five-month-old administration.

Turkish President Recep Tayyip Erdogan and Biden, meeting Monday on the sidelines of a NATO summit in Brussels in their first encounter since the US election, had a “detailed discussion” about the fate of the airport, said Jake Sullivan, Biden’s national security advisor.

The two presidents “agreed that they would work together to make this happen,” Sullivan told reporters.

Erdogan said Turkey needed “certain forms of support” and that Biden agreed to provide them, he said.

“The two of them tasked teams just to work out the final details. But the clear commitment from the leaders was established that Turkey would play a lead role in securing Hamid Karzai International Airport,” Sullivan said.

Sullivan, however, said the United States was also making contingency plans involving security contractors if the plans with Turkey fall through.

Biden has ordered the withdrawal of all US forces from Afghanistan by this year’s 20th anniversary of the September 11 attacks that triggered the invasion, ending America’s longest war, with the president believing that no more can be achieved.

Turkey, as a Muslim-majority nation but also a member of the Western alliance, has played a key role in Afghanistan since 2001 including by sending troops in non-combat roles and, more recently, welcoming Taliban and government officials for talks on the country’s future.

On the eve of meeting Biden, Erdogan told reporters that Turkey was “the only reliable country” to stabilize Afghanistan after the pullout.

Tensions have sharply deteriorated between the United States and Turkey in recent years including over Erdogan’s purchase of the S-400 military system from Russia — NATO’s primary adversary — as well as Turkish operations against US-allied Kurdish fighters in Syria.

Before taking office Biden had denounced Erdogan as an “autocrat” and in April recognized mass killings of Armenians by the Ottoman Empire as genocide, a step taken by no previous US president due to furious objections by Turkey.

The Kabul airport, developed after 2001 with support from the United States and Japan, is seen as crucial to the future of Afghanistan by providing an economic lifeline.

The Taliban warned earlier this month that Afghans should control “every inch of Afghan soil” including the airports. The United States is withdrawing from Bagram, the sprawling military air base near Kabul.

Asked Thursday at a Senate hearing if extremists such as Al-Qaeda and the Islamic State group could again pose a threat from Afghanistan — the original reason for the invasion — Defense Secretary Lloyd Austin said the threat was “medium.”

“I would also say, senator, that it would take possibly two years for them to develop that capability,” Austin said.

General Mark Milley, the chairman of the Joint Chiefs of Staff, gave a similar timeline but downplayed prospects that the Kabul government would crumble.

“I may be wrong — who knows, you can’t predict the future — but I don’t see Saigon 1975 in Afghanistan,” Milley said.

“The Taliban just aren’t the North Vietnamese Army. It’s not that kind of situation.”

The United States has been haunted by communist North Vietnam’s takeover of the Saigon, now Ho Chi Minh City, and the hasty evacuations by helicopter as the longtime US ally fell.

Of special concern are some 18,000 interpreters, commandos and other Afghans who have applied for visas to the United States but are caught in a backlog.

Milley said that “planning is ongoing” but that the State Department was in charge.

State Department officials say they are expediting visas but want to avoid setting off a panicked exodus of educated Afghans.

Global displacement from war, crises doubles in a decade: UN