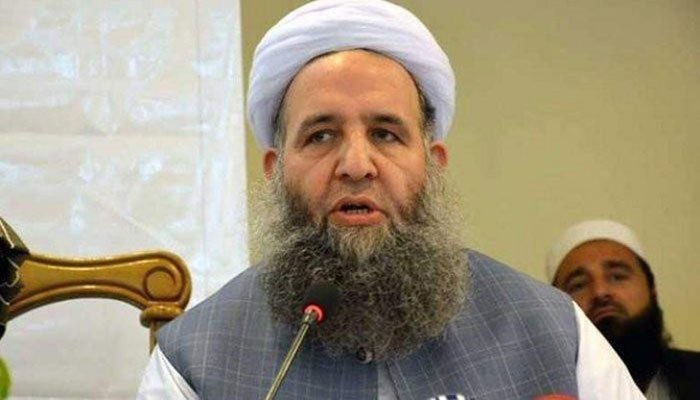 In recent events the Federal Minister for religious and minority affairs Noorul Haq Qadri wrote a letter to Prime Minister Imran Khan asking to put a ban on the Aurat March across the country. He requests to the Prime Minister that March 8 be observed as “International Hijab Day” instead.
The minister wrote in his letter that no one should be permitted to mock Islamic rituals, values, or the wearing of Hijab on Women’s Day by organizing Aurat March or any other event. 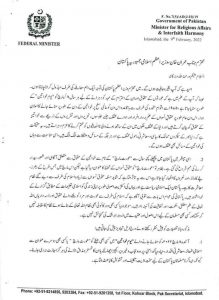 Irony should be in the fact that international hijab day already exists and just passed on the 1st of February, With in that week throughout Pakistan, India and all over the world on the 8th and 9th of February many women stood up in the streets to protest against the recent “no Hijab” policy passed in courts of India.
The hijab ban first made headlines in December 2021, when six female students of the Government Pre-University College for Girls in Udupi were barred from attending classes. Since then people all over have been outraged and protesting. 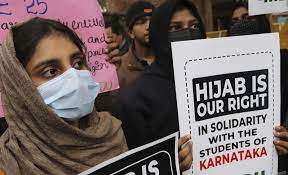 A notable incident is the Muskan Khan, a teenager, who was heckled by a mob at her college in Mandya, says she is fighting for her right to wear a hijab. In reply to a group of male students harassing her she responded with ‘Allahu Akbar’. The video went viral last week. 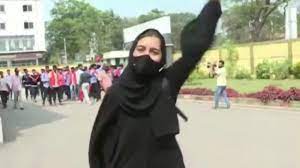 It can be seen perhaps the intentions of the religious minister are in the right place, but does a protest for wearing hijabs need to ban Aurat march all together.

Aurat march in the past and present has been a large event displaying and discussing upon issues that deeply effect the women of the country with an open environment for women to discuss upon gender based violence, unequal treatment and bodily autonomy. The protest includes many people of diverse color, race, gender, religion, nationality and has been seen to be inclusive of peoples clothing attire. 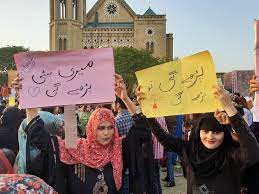 Recently with the release of Qandeel Baloch’s brother Waseem Khan from prison after only serving 6 years of his life sentence for the honor killing of his sister, the organization has mentioned in twitter post of showing protest for this on the day of the march

In 2022, Aurat March Lahore seeks to redefine justice on our own terms. We no longer accept a criminal legal system that retraumatises us, can't hold killers like Qandeel's accountable and does little to heal us from violence. #AuratMarch2022#RedefiningJustice pic.twitter.com/g8tPPYxffn

However nowhere on any of their social media posts and famous statements have they mentioned outcry or protest for the recent hijab ban in India.

To top it all off in the gruesome case of the Noor Muqaddam s murder , Zahid Jaffer accuses the Muqaddam family of framing him for the murder , calling it an honor killing by the hands of Noor’s father and brother. Even though according to multiple sources and enormous amounts of evidence, Zahid Jaffer had already admitted to the murder.
Aurat March protestors were already outraged last year in Faisalabad. When Aurat March was denied the right to protest when murder news first surfaced.

Aurat March: All you need to know about it