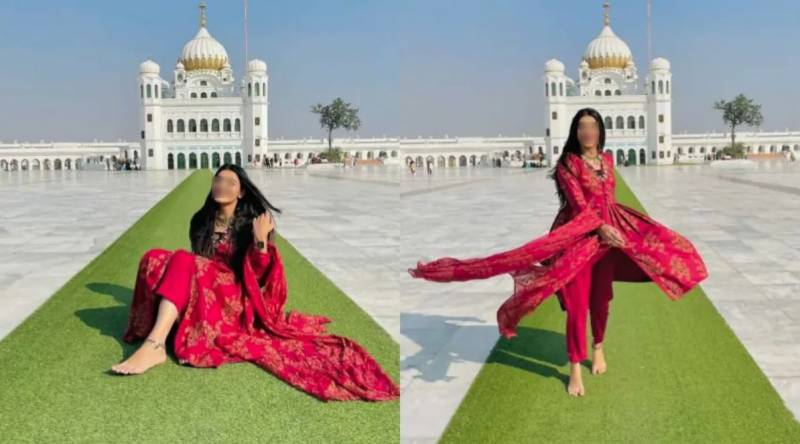 A clothing brand arranged a modelling and photoshoot at Kartarpur Corridor’s Gurdwara Darbar Sahib that annoyed the Sikh community and even invited anger from Information Minister Fawad Chaudhry Monday.

Prominent Indian Sikh journalist, Ravinder Singh Robin, pointed out that the shoot had taken place with a woman who was bareheaded in the shoot.

The shoot, as per many Sikhs in Pakistan and around the world, disrespected the sacntity of the place of worship.

“Modelling bareheaded for ladies’ attire, in the premises of Gurdwara Sri Darbar Sahib at Kartarpur Sahib in Pakistan, by a Lahorite woman,” the journalist tweeted. “[This] has several hurt the religious sentiments of Sikhs. Further, the pictures were uploaded on social media.” Ravinder went on to tag PM Imran Khan and the Ministry of Religious Affairs of Pakistan.

The wrath spread to social media in both India and Pakistan, with many calling out the clothing brand and the models for acting in an insensitive manner towards the Sikh community.

Manjinder Singh Sirsa, the President of Delhi Sikh Gurdwara Management committee, too, condemned the act. “Modelling at Sri Kartarpur Sahib is desecration. Pakistan court issued arrest warrant of star who did dance video at Mosque; same must be done against this woman from Lahore as an example of treating all religion at par.” He added, “Otherwise, any talk of respect for Sikhism is hollow.”

Another user wrote, “Extremely disappointed not only me but the whole Sikh community at this kind of clothing brand shoot inside Gurudwara Kartarpur Sahib.”

The Designer and the model must apologise to Sikh Community #KartarPurSahib is a religious symbol and not a Film set,” he added.