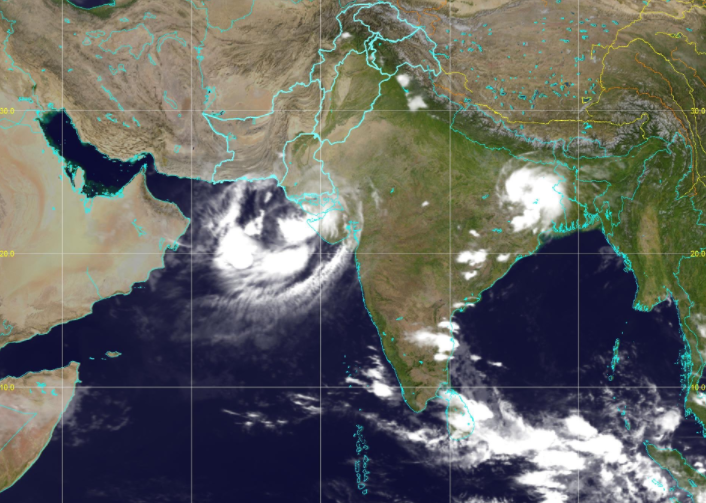 The storm system “Gulab” has significantly weakened and has in fact drifted westward instead of northwestward taking it away from Karachi and western areas of coastal Sindh and Balochistan, according to the latest satellite image.

The Pakistan Meteorological Department has predicted heavy rain and thunderstorm in Karachi and other areas of Sindh under a low-pressure system from cyclone.

According to a statement issued by the Met department, widespread thunderstorms along with scattered heavy rainfall is expected in different parts of Sindh, including Karachi, from Tuesday till Oct 2 before the system gains further intensity.

The new weather system is currently lying over central India and is likely to track in the northwest direction (towards Indian Gujarat area) and expected to reemerge over the Northeast Arabian Sea with regained intensity due to favourable environmental conditions, according to the Met office.

Videos and pictures shared on social media showed numerous areas, especially in the city’s Central district, inundated with rainwater and vehicles submerged up to their wheels. A large truck could be seen lying on its side near Nagan Chowrangi as residents waded through the water with their motorcycles and cars.

The Met office also warned that sea conditions would remain “very rough” with occasional high surges and advised fishermen not to venture into the sea from Sep 30 (Thursday) till Oct 3 (Saturday).

Gulab is the third cyclone of 2021 after Tauktae and Yaas and its name was proposed by Pakistan.