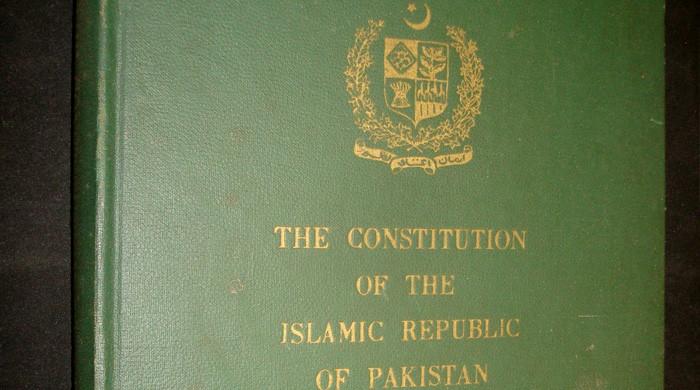 At the start of the National Assembly session today, when the lower house was to vote on the no-confidence motion against Prime Minister Imran Khan, Law Minister Fawad Chaudhry read out Article 5 of the constitution and accused the Opposition of disloyalty to the state.

Deputy Speaker Qasim Suri then quickly disallowed voting on the no-trust motion and adjourned the session indefinitely. Later, the prime minister also announced that he has advised the president to dissolve the national assembly and hold fresh polls.

Chaudhry has called this move the “surprise” the government was waiting to deliver and added that the opposition can challenge it in court.

What does Article 5 state?
Article 5 of the constitution of Pakistan reads:

Loyalty to State and obedience to Constitution and law.

(1) Loyalty to the State is the basic duty of every citizen.

(2) Obedience to the Constitution and law is the 10[inviolable] 10 obligation of every citizen wherever he may be and of every other person for the time being within Pakistan.